Few phones can claim they caused quite as big of a stir as the Xperia XZ3. After Sony dropped its first curved OLED Xperia, seemingly out of the blue at IFA 2018, reactions have ranged from overwhelming excitement, through confusion and all the way to denial and anger. That's a level of drama typically reserved for soap operas or celebrity gossip and it all spells out one thing - a massive wave of exposure for Sony.

That being said, we won't try and fan the flames any further. The community is already doing an amazingly good job of it. What we will do, however, is delve into the Xperia XZ3, just like we would any other flagship release and see just how good it fairs on the 2018 scene. 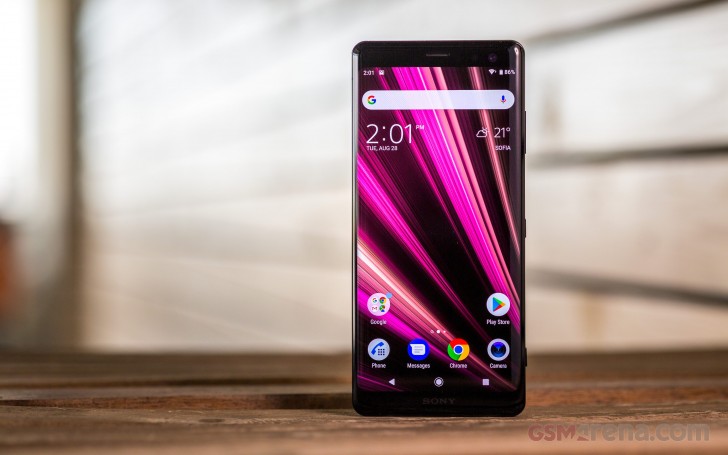 And make no mistake, the Xperia XZ3 is a fully tricked-out flagship offer. A Snapdragon 845 chipset, 4GB of RAM, a tried and tested Motion Eye camera setup, only made better through constant software improvements, a fresh and current Android 9 OS, complete with new Ai gestures and Side Sense, edge detection. Clearly, the XZ3 has a lot going for it, with the gorgeous new OLED display merely sprinkled as a proverbial cherry on top of the Xperia cake. 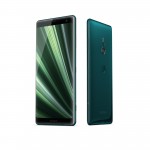 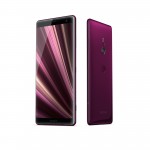 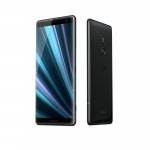 So, whether your feeling the new display or feel let down by the latest iteration of Sony's design, we still urge you to come along on the following pages, since, if nothing else, the XZ3 is a milestone device. One that, for better or worse, will go down in the history book. And here's a chance to get acquainted with it.

If you've seen one Xperia box, you've pretty much seen them all. Sony has been sticking to the same two-piece design and grey color palette for quite some time now. Now, strictly speaking, we didn't have the actual final XZ3 box with us, but Sony's told us what to expect, outside and in. 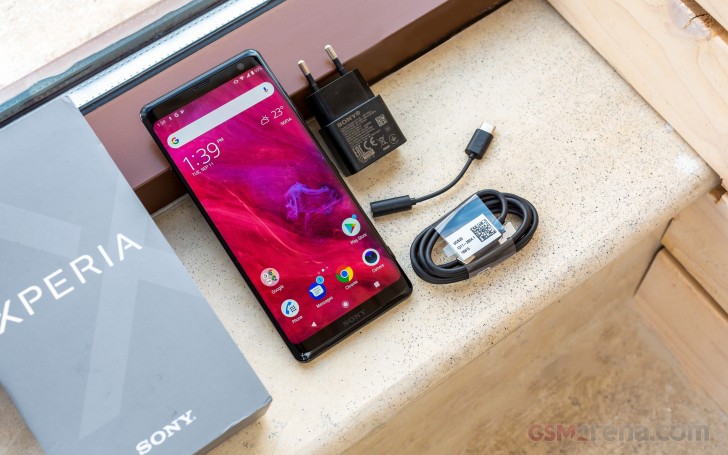 On the inside: a tray, to hold the phone itself snugly in place and underneath - a few accessories. Most importantly, the charger inside is the same one as in the XZ2's package - that is to say, the plain 5V/1.5A UCH20 unit with no fast charging capabilities. Bummer.

There's a USB-A to USB-C cable to go with the charger, and it's still somewhat more versatile that way while we're waiting for a wider adoption of USB-C on PCs - this cable can be used to connect the XZ3 to pretty much any computer.

A USB-C to 3.5mm headphone jack is also included, as the phone itself lacks the legacy port. Most regions will not be getting a bundled headset, though we're being told that in some countries a pair of basic MH750 Sonys will, in fact, be in the box to get you started. Ask around for your particular market.

Im using it, in 4gb variant it is stillnplayable but you will encounter lots of framedrops specially on BR. I monitored the memory consumption and as for me it uses 2gb at start then when I open CODM it will use 500mb above and therr is 400mb rese...

Is this good for codm?

i have it dose't have lag in game. pubg or call of duty fornite

BMW will make its own voice assistant, based on Alexa Porsche goes public, initial value goes over $72 billionApple wants to build the new Apple Car project team before end of year
ADVERTISEMENTS