Are you a glass half full or half empty kind of person? It seems that Sony fans are the former - when Apteligent reported that the canceled and recalled Samsung Galaxy Note7 is still more popular than a number of other prominent flagships, Sony fans focused on the fact that the Xperia XZ is by far the leading late-2016 Android flagship.

This puts it ahead of fan darlings like the Google Pixels, the latest flagship from Android standby Motorola, the feature-loaded LG V20, the controversial-but-liked OnePlus 3T and the heavily promoted HTC Bolt (aka 10 Evo outside the US). 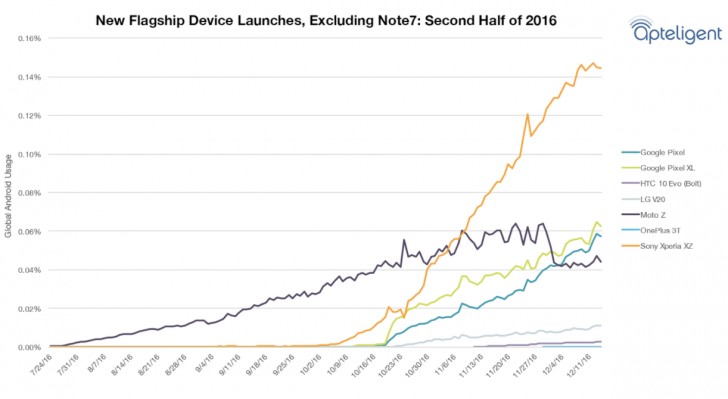 An impressive achievement to be sure, it shows that Sony got something right that the others (other than Apple and Samsung that is) did not. Motorola in particular seems to have mucked up, Apteligent data shows that Moto Z shares slipped after Black Friday, showing that flagship from competitors had a bigger draw.

Putting Android aside for a moment, it seems that Apple didn’t live up to its former glory either - the pace of adoption of the iPhone 6 dwarfs that of the iPhone 7. The new Plus version did better, the iPhone 7 Plus outpaced its predecessor but is still playing second fiddle to Apple’s smaller offering. 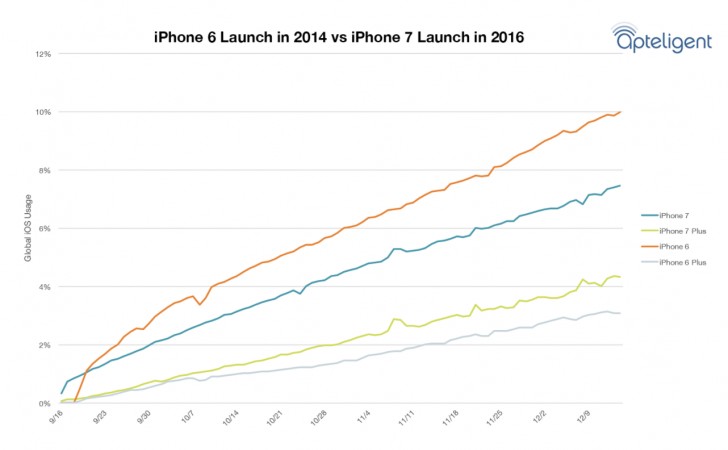 for people who can't do research on their own the plastic is there to give xz better signal connectivity. That's why in web browsing it's the fastest.

yeah its not always about hardware. It's about optimization. Software reigns supreme in the modern world and I think sony realizes this whic is why they've made great strives.