Yes, we said "screen and camera" but we can't overlook their packaging. To its credit, Sony delivered on the Xperia flagship legacy. The phone is waterproof (IP68), it comes with the latest Gorilla Glass (5th gen), and it has S-Force Front Surround (aka stereo speakers).

Still, the unofficial motto of the 2017 Mobile World Congress was "bezels be gone." Even Sony's own Xperia XA1 duo boasts a "borderless edge-to-edge screen." And yet the XZ Premium has bezels in spades. It's even slightly bigger than its very own predecessor - the Z5 Premium. 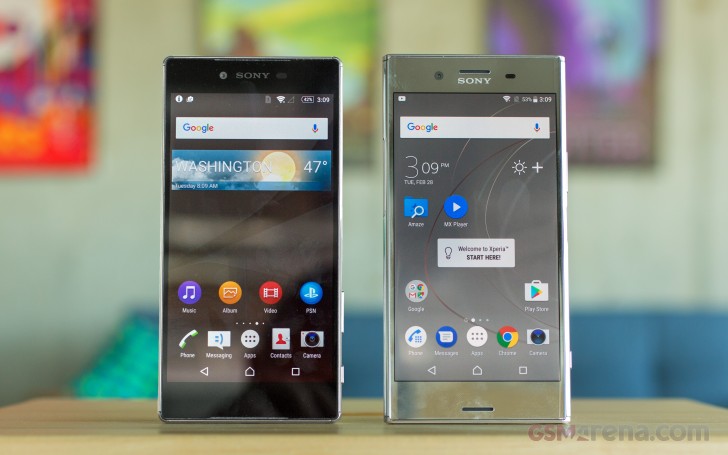 What the LG G6 shed in bezels, the Sony gained. The upcoming Galaxy S8 similarly wages war on bezels, but not the Sony. Its top and bottom bezels are of iPhone Plus proportions, its side bezels - similarly ample. Even the old Z5 Premium was smaller in all directions, lighter and yet with a bigger battery. 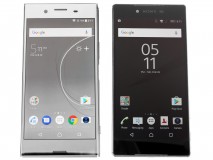 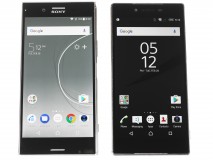 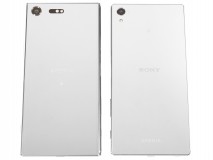 Sony Xperia XZ Premium next to the Xperia Z5 Premum • the front reflective glass can be any color • mirror, mirror...

We don't think that Sony going against the grain here will be a boon for the Xperia XZ Premium.

The mirror finish of the Luminous Chrome color option (the one we got) is far from a practical choice. It's impossible to keep clean, but it does look cool - when viewed from a distance. This one is a show pony, not a work horse. 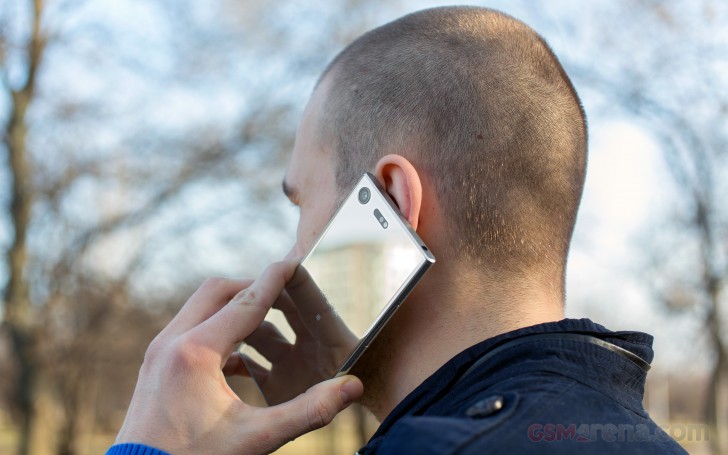 More objectionable is the choice to chrome the front bezels too - on the Z5 Premium Sony had the decency to keep the front black. The mirrored front on the XZ model reflects all your surroundings, which can be quite distracting. It pulls attention away from the screen, something we couldn't get used to in our short experience of handling the phone. 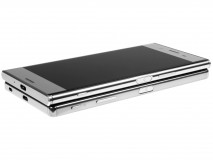 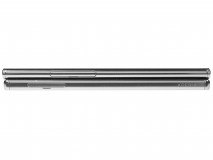 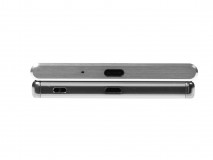 Xperia XZ Premium on top of the Xperia Z5 Premium

When Sony announced that the phone uses a "Glass Loop Surface", we thought that the glass wraps around the entire phone - even on the sides. The reality is much more standard than that - what they were referring to is the design approach where the front glass seamlessly transitions to the metal sides and onto the glass on the back. There's a loop, but it's not a glass loop of any kind - the front and back glass panels are straight and not curved in any way. The loop is formed by the metal sides. 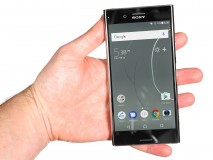 We don't mind the weight (which is substantial at 195g). The whole phone feels so sturdy as if it's cut out from a single aluminum block.

What we do mind is that they could have fitted a slightly bigger battery inside. The 3,230mAh cell is less than what the Z5 Premium had. We're yet to try out the battery efficiency of a Snapdragon 835 chipset - who knows, the change in capacity might not matter that much.

When 4K TVs started hitting the scene, people didn't know how to feel about them. The previous jump - from SD to FHD - was eye opening, it stunned viewers with its clarity. Going from 1080p to 4K mostly caused shrugged shoulders as we saw diminishing returns from the increase in resolution.

Then HDR came about and a consensus quickly formed - the wider dynamic range actually made it worthwhile to upgrade your old 1080p TV. Sure, content is rare but it's multiplying. Just think - soon you'll be able to watch night scenes that are not black-on-black and high contrast scenes that aren't washed out.

And here's the thing - HDR is separate from size. While we could sit and argue for hours if the 4K resolution is worth it on a tiny 5.5" screen, an HDR image is clearly better than an SDR image. Highlights and shadows are rendered better, gradients are smoother, colors are more abundant. 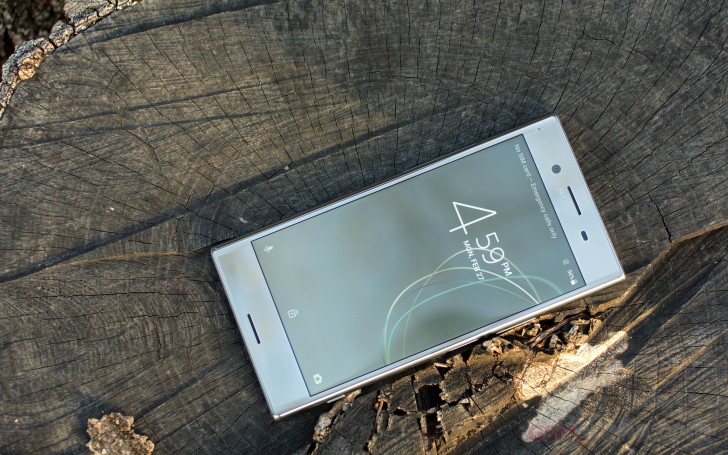 4K on a small screen is not without its uses - take virtual reality, for instance. Sony however still hasn't found a way to put the insanely high resolution on this screen to good VR use. All current VR headsets don't have enough resolution, especially the mobile ones.

With a 4K screen and a powerful GPU (courtesy of Qualcomm), the Sony Xperia XZ Premium was perfectly poised to conquer the mobile VR market. But we guess the PlayStation division did not want the competition.

While on the topic of gaming, we think that will be the biggest source of HDR imagery, at least at first. Sure, Amazon, Netflix and others have HDR shows and movies, but HDR rendering is very popular in games. It's a key selling point of the Xbox One S (the PS4 had it since Day 1) and it makes a great difference in the realism of game graphics. 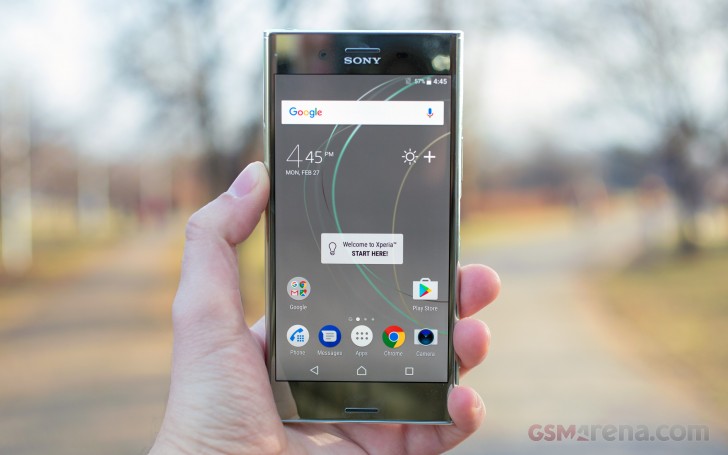 In the end, we think that 4K resolution on a phone screen is overkill as it is. HDR is a game changer, though, both literally and figuratively.