Sony Xperia XZs to cost around $680 in China

Unveiled at this year's MWC along side the Xperia XZ Premium, the Sony Xperia XZs will carry a price tag of CNY 4,699 (around $680) in China. It'll go on sale in the country sometime mid-April. 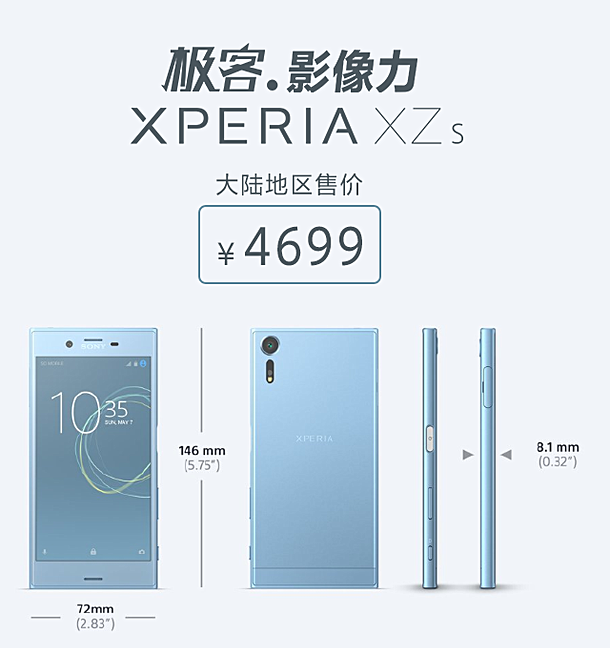 The device is already up for pre-order in Europe - specifically, the Netherlands-based retailer Belsimpel has it listed for 649. The Xperia XZs will be officially launched on April 5. At MWC, Sony had confirmed $700 price tag for the handset.

You can check the offcial Sony store in Shanxi Road, Line 1 exit 2 you won't miss the store since its just a few meters away from exit 2

Huawei is also good, might consider them but it all comes down to personal usage