The Sony Xperia Z1 Compact is the first phone to give up the name but rightfully claim the true title of a flagship mini. It took a while too, considering we've had "minis" for a couple of generations now. It is, without exaggeration, unique in its category thanks to the powerful chipset, 20.7MP camera and water-resistant body. A lot of the five-or-so-inch flagships can't even cover two out of three of those. 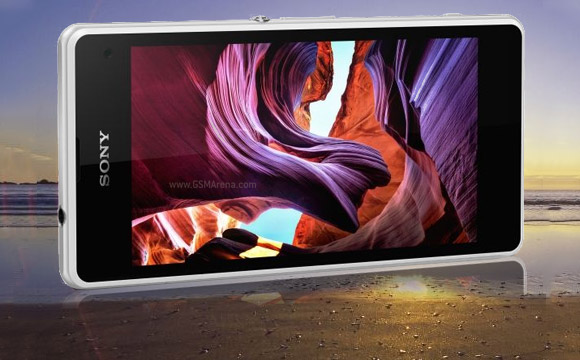 Sony's water resistant designs certainly draw attention, but the sheer size of the big Xperia Z1 turned many away. The seemingly small change - just the size - can make a world of difference. The Z1 Compact is a speed demon (for gamers and power users), it has the looks for daily usage in the city and will brave the rainy outdoors (or just the swimming pool) to take great shots where most cameras would require extra protection.

For all those features, the battery life is pretty good too, thanks to its battery being bigger than the average in this size bracket.

Speaking of size, the Sony Xperia Z1 Compact is about as big as the HTC One mini (shorter but wider) and not that far off the iPhone 5s, and has the potential to get the attention of users looking to jump ship.

The Snapdragon 800 chipset performance is close enough to what Apple provides with its A7 chipset. Screen size and sharpness go in favor of the Z1 Compact and the still camera (while not perfect) beats the aging 8MP shooter of the iPhone. The iPhone shoots better videos though and its digital stabilization doesn't take as much toll on the field of view.

The metal frame with glass face and back is old news to iPhone users, but Sony definitely has produced a desirable option for people looking to get away from Apple's pricing, screen size restrictions and software limitations or just wanted to try Android without going plastic.

The waterproofing of the Xperia Z1 Compact is yet another advantage, one that it has not only over the iPhone, but over other Android phones as well.

Samsung and HTC both have minis too, though "junior" is perhaps more appropriate. Both retain characteristic features of their bigger flagship siblings (e.g. front-facing speakers and an aluminum build) but both suffer from heavy cutbacks in the chipset and imaging departments.

That said, the 4.3" 720p screen on the HTC One mini is very good and the aluminum unibody looks hot. The camera has one fifth of the resolution of the Xperia Z1 Compact camera though and no OIS. It can't make the pixel size argument either, as the Sony has a larger sensor and superior auto pixel-binning to battle noise. The limited storage isn't doing the One mini any favors either.

The Samsung Galaxy S4 mini screen has a quarter of the resolution of the big S4 screen. It does have expandable storage and some tricks like an IR blaster but its chipset and that of the One mini are not even on the same planet with the Snapdragon 800. Plus, the batteries in both phones are of lesser capacity by about 500mAh.

Then there is, of course, the big Sony Xperia Z1. It's everything the Z1 Compact is other than small, plus the screen is sharper and the battery bigger. It's an amazing phone, but its bezels really are quite large, making up for a phone that's beyond what some will tolerate.

The Sony Xperia Z1 Compact is on the same price shelf as the big Z1 (for now at least), which should tell you enough of Sony's intentions. The Z1 Compact is not meant to compete with the two minis above, but rather be an alternative size option to the Z1 flagship. And that claim is well backed-up.

It has finally happened - we have a proper compact flagship on our hands. Is it everything we hoped it would be? With pretty much no deal-breakers, this may as well turn out to be Sony's breakout star this year. The reason to become an ex-iPhone user. A supercharged droid you can wrap a single hand around. A message delivered loud and clear that the diagonal climb isn't the only way up.