The Telecommunication Equipment Certification Center in China has given the Sony Xperia Z1 a network license allowing it to operate on the country's mobile networks. However, the Certification Center has also leaked four snapshots of the smartphone from the front, back and two of its sides. 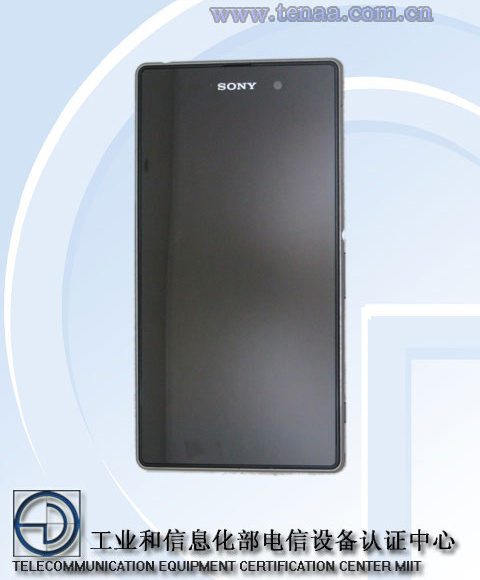 The photos confirm just about everything we've already seen about the phone in all of its leaks and appearances to date. In its design, the Xperia Z1 is almost identical to the Xperia Z and features a cool new notification LED above the Sony logo.

On the right side, there's the SIM card slot covered by a protective flap, Sony's signature Power/Lock button, the volume rocker and dedicated camera shutter key. On the other the photo we see a microSD card slot and the microUSB port. They too are protected with flaps, which along with some more other Sony tricks results in the phone's waterproof nature.

Sony Xperia Z1 has already leaked in various pictures and it looks much like its Xperia Z sibling. The Z1 will supposedly feature a 5" 1080p display and run on a Snapdragon 800 chipset. At the back it will boast a 20.7MP camera 1/2.3" sensor capable of 4K video recording, and a 3000 mAh battery.

With the official Sony Xperia Z1 teaser now out in the wild, the smartphone is all but official at this point. The Xperia Z1 will undoubtedly be the headline of the company's pre-IFA event on September 4, so stay tuned!

excellent.. can't wait to hold it on my hands..

Triluminos IS a big jump and what does GJ have over this,screen ?Not really.

I keep asking this question. Everybody here is apparently a sony fan. But nobody can tell me how sony usually handles releases. The z came out in like feb,, hit t mobile in june. What about the sony site itself??? Will there be an american version of...