The famous @evleaks just can't stop delivering juicy pieces of info ahead of the upcoming CES expo. He just gave us a scoop of four Galaxy tablets that are about to go official and now he helps us look behind the curtain at Sony's. 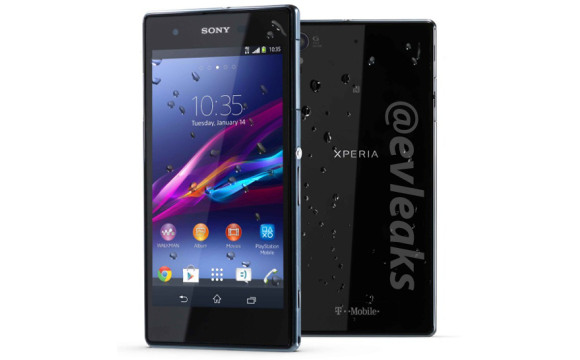 The Xperia Z1S, also known as Z1 mini, is the compact version of the Z1 flagship. We already saw Xperia Z1S official pictures, camera samples, live photos and UI screenshots. It even passed through USA's FCC. The last time we actually saw the Z1S, was its official Japanese version - the Z1F, which is already available for purchase.

The compact smartphone is expected to go official at Sony's CES press event in a few hours. We'll be there to cover it for you, so stay tuned. T-Mobile is also holding a press event on January 8, where it should confirm it will be carrying the Xperia Z1S.

It's because of the waterproofing. Compare ZL with Z to see, only difference is the IP57. Z1 has IP58 even.

Did you even read my comment? First read it then comment, then you might have noticed I didn't said it's not a proper mini flagship which the S4 mini isn't. The problem is the phone is already half a year old and a new generation is just around the...