Sony Xperia Z2a full specs are out, sounds like a Z2 compact

Today we get the detailed rundown of the specs of the recently announced Sony Xperia Z2a. For all we know, a name such as Xperia Z2 compact would suit it just fine.

A week ago we saw the Sony Xperia Z2a go official in Taiwan, but at the time we didn't have many of the specs of the smartphone.

Now that we have them, it turns out this one is absolutely identical to the Sony Xperia ZL2, which was announced back in May for the Japanese market but with half the storage (only 16GB). 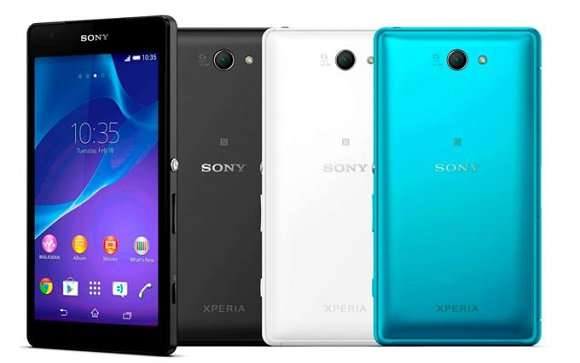 The Xperia Z2a is a more compact version of the Xperia Z2 flagship, with a .2" smaller display, all-plastic rear design, 200mAh smaller battery capacity. The rest of the specs - camera, chipset, etc - are pretty much identical with the Sony Xperia Z2.

So, the Xperia Z2a comes with a 5" IPS 1080p display, it utilizes a Snapdragon 801 chipset with 3GB RAM and packs the same 20.7MP camera as the Xperia Z2. Its storage is still expandable, the connectivity options are the same as on the Z2 with only the 3G/LTE bands being more different.

Finally, the Xperia Z2a also runs on Android KitKat. You can easily compare the Xperia Z2 and Z2as specs to see the differences yourself.

Even though the Xperia Z2a replaces the rear glass with a plastic panel, it is still water and dust resistant. It will hit Taiwan next month, though its availability will most probably be limited to Asian markets only.

well, this is the technology now. lol