Sony was the first to redefine the compact flagships concept with its Xperia Z1 Compact, setting a pretty high bar for both the competition and the potential successor. The company's short release cycle, on the other hand, is doing the Z3 Compact no favors. 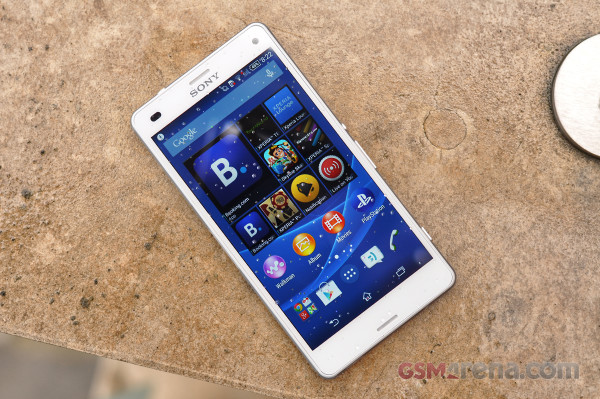 Although there obviously aren't many significant improvements in the Xperia Z3 Compact, it nevertheless brings a refreshed design and updates in key areas like display and battery life. Not only did Sony fix the screen's contrast degradation at an angle, which plagued the 4.3-inch IPS panel of the Z1 Compact, but it squeezed a 4.6-inch screen in the same size chassis, making it brighter along the way.

Here's what else that stood out about the Sony Xperia Z3 Compact:

The healthy boost in battery capacity to 2,600mAh resulted in exceptional battery endurance, and the benchmarks produced truly flagship-grade figures. The Xperia Z3 Compact stands head and shoulders above other miniaturized flagships like the Samsung Galaxy S5 mini and HTC One mini 2, with its only real Android competition coming from the newly released Samsung Galaxy Alpha.

And we're comfortable saying that because the competition's mini flagships, in their second generation now, are still having trouble matching the original Z1 Compact. They're getting close, no doubt about that, but not quite there yet.

Despite a number of premium extras such as water-proofing and a fingerprint scanner, the Samsung Galaxy S5 Mini is powered by a proprietary Exynos chipset that's roughly in the same league as Snapdragon 400. The latter is ticking inside the likes of the HTC One mini 2 and the Motorola Moto G (2014) - which may not be a mini in size but not far off in attitude and, above all, price.

So, the 4.7-inch Alpha is probably the only droid that can hang with the Xperia Z3 Compact in terms of both looks and performance. It's Samsung's first Galaxy smartphone with a metal chassis and has a slimmer 6.7mm profile. The screen is of the 4.7-inch 720p variety, and its 12MP shooter provides both superior still images and 4K videos.

The Alpha comes with either a quad-core Snapdragon 801 or an octa-core Exynos chip inside, and the Mali-T628 GPU found on the Exynos version provided better graphics performance than the Z3 Compact's Adreno 330. The only drawback to the Alpha is its 1860mAh battery, which resulted in just about half the endurance rating we achieved with the Z3 Compact in our own testing.

While the Z3 Compact is all about keeping dimensions small, a bigger screen may be what you're after, which is where the Sony Xperia Z3 comes in. The Xperia Z3 is virtually identical to its compact counterpart, except that it sports 3GB of RAM and a 5.2-inch 1080p display. Obviously, Sony was also able to squeeze in a larger battery, but the Z3 also comes in a stylish metal frame to complement the dual glass-panel design, resulting in a slightly different look and feel.

Finally, no way we can miss the latest member of the compact flagship club, the just-announced Apple iPhone 6. It features a 4.7-inch display of 750 x 1334px, which results in a slightly higher pixel density compared to the Z3 Compact. This also makes the iPhone slightly larger however, but the thickness is just under 7mm. You also get Apple's extensive app library and the new iOS 8 version. Keep in mind that the new iPhone 6 will retail for significantly more than the Z3 Compact.

With the release of the Z3 Compact, its predecessor could become a valid recommendation depending on how much its price drops. The Xperia Z1 Compact has many of the same features: a robust chipset with great performance, compact size with 720p display, along with dust and water resistance. The latest Android 4.4.4 update is in tow as well.

Ultimately, the Sony Xperia Z3 Compact brings a very capable and stylish package in a comfortable footprint, at precisely the right time. If you're looking for a robust device at this size, Samsung's Galaxy Alpha and Apple's new iPhone 6 are the only real threats. Big ones though, quite obviously, especially considering the original Z1 compact ruled that same market segment virtually unchecked. Oh well, Sony's in for a fight - and looks up to it.