If an increasing number of leaks is any indication, the Sony Xperia Z3 Compact is growing closer to reality. Four new images plus a spec overview promise that the Sony's Compact line will remain the mini king in the new generation, too.

The Xperia Z3 Compact is said to have a 4.6" 1080p screen and just look at those bezels. It seems that with the Z3 generation Sony will finally shed the thick bezels and make its flagships more compact. Also of interest on the front are the stereo speakers. 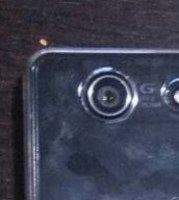 On the inside the upcoming mini king is as impressive as the Xperia Z1 Compact was when it came out (it still is, in fact). The new model will upgrade the processing facilities to a Snapdragon 801 chipset and 3GB RAM.

The quality of back photo is too poor to read the label but the camera is reportedly a 20.7MP shooter as per tradition. Keep in mind that the device in the photo has a transparent case, the sides are still metal (with the charging pogo pins) and the front and back panels are made of glass.

The Sony Xperia Z3 and Xperia Z3 Compact are expected to be announced by September, perhaps at IFA.

Agreed, 1080p would also up the battery drainage. To me, one the big pros of the compact: the smaller screen translates to nearly unparalleled battery life. It may not have the ppi as its big brother but it is still stellar imo. Just to give an idea,...

1080P on a screen like that stupid kill off

Some have asked why 64 bit is needed. The same reason you have it on desktops, so you can have more than 4gb of ram. My Z1c has 2gb. This Z3c will have 3gb. I can imagine the Z5c will have a whopping 8gb. That would be awesome! As I use my phone for ...