The Sony Xperia Z3+ was only recently announced and we're happy it made it to our testing grounds so quickly. While we're already busy working on a full review, we decided to give you an early taste of what it's like.

With all the other major players in the industry already having their flagships on store shelves, and some for quite a while too, it was Sony's turn to take the floor and announce the successor to the Xperia Z3. 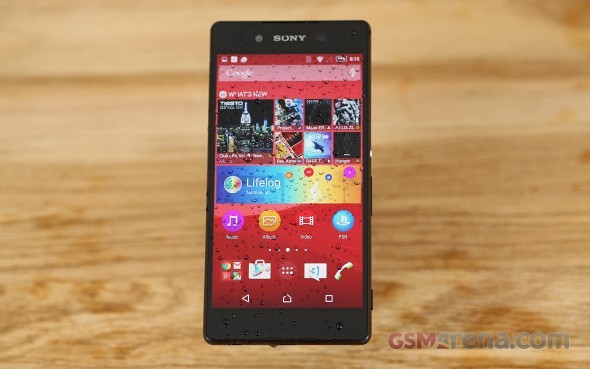 The company released its pioneer top-end device, the Xperia Z, back in January 2013 and since then it's been the only company to put out two flagships a year, one in the spring and another in the fall. That strategy has proven two-fold.

While it has meant that the Japanese have had a hot new device to fight with Asian archrivals in the spring and Apple in the fall, Sony has also garnered criticism due to the only marginal updates that such a short update cycle inevitably dictates.

That brings to us the Sony Xperia Z3+, and as the name suggests, it's only sort of an update to the previous model, even by the company's own standards. So much so, that it didn't deserve a bump in the numeral and only got a "plus".

That "plus" has brought us the Qualcomm Snapdragon 810 chipset with faster Cat. 6 LTE and 32GB storage capacity as the only option, as opposed to the 16GB/32GB of the previous-gen. A 5.1MP front camera means the new model won't be out of touch with current selfie trends, a battery capacity decrease has brought the 3,100mAh to 2,930mAh. The phone compensates for that with less weight and an ever so slightly thinner profile. The otherwise the same looking screen should come even brighter now.

A few design tweaks have seen the charging pogo pins and the cover of the USB port go, but the headline IP68 hasn't been sacrificed.

Even though on the outside the Xperia Z3+ hasn't changed significantly, the update still managed to excite us enough to take the device for a spin. Consider this preview as a first taste of what's about to go down in the full review.

Join us on the next page, where we'll go into more detail on the hardware.

i have buyed this phone this is very great phone

Think before commenting... You might want to take your own advice. Obviously the end result is what is important. And the end result is that ois would work even better and you as well as many other fans are in denial. And when sony does finall...

Yeah no. You just go around talking about sony as if they are god and purposefully make things up. Steady shot is good.... But this of you claiming it's better than ois are complete fools