The Sony Xperia Z3+ just became official without any major fuss. The global version of the already released Japanese Xperia Z4 changes nothing but the name and is the same incremental upgrade over the Xperia Z3. 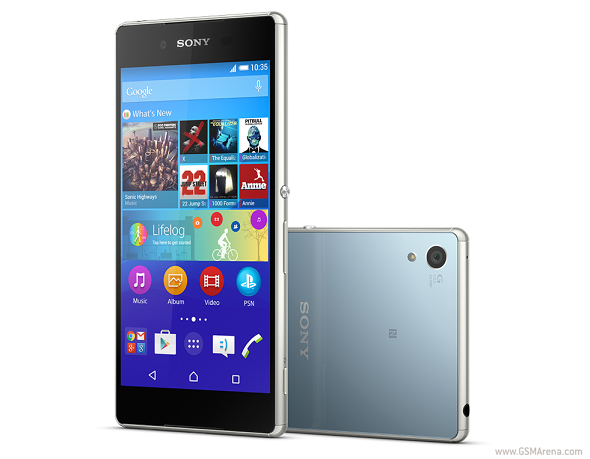 There are several upgrades to note in terms of hardware, and the Snapdragon 810 chipset is one, replacing the S801 in the previous model. The 16GB internal storage option is ditched and the Z3+ will now come with 32GB of built-in storage, while RAM remains at 3GB.

The new device packs the same 5.2-inch 1080p TRILUMINOUS display and measures 146 x 72 x 6.9 mm, slightly slimmer than the 146 x 72 x 7.3 mm of the Xperia Z3, but otherwise identical. Those fractions of a millimeter, however, have resulted in a downgrade in battery capacity - 2,930mAh, compared to the 3,100mAh of the previous gen. Sony still promises 2-day battery life, though.

Design has been given a few tweaks, the most welcome one being the flapless microUSB. The headline IP65/IP68 certification has been retained though. The front speakers have been moved to the edges of the front panel, in a throwback to the Xperia Z2.

Not much has been changed in the camera department in terms of hardware and the primary unit has the same 20.7MP Sony Exmor sensor, sitting behind a 25mm-equivalent f2.0 lens. The front camera is upgraded to 5MP though, again with a wide-angle 25mm glass.

Pricing of the Sony Xperia Z3+ remains to be detailed, but Sony confirmed it will be released in June. A more flexible dual-SIM model will also be available at some point.

i miss only finger print and ratina scaner .sorry sonu i hove u upgrade soon....

Kudos to Sony for not making this Z4. Depending on the price this might be my number one choice handset at this time of year. Z3+ looks better than S6, M9 and G4 which didnt have any significant changes. Go, Sony, GO!