Sony's back, and it's back with great aplomb. The company has brought us an entire Xperia Z5 family of smartphones ranging from the Xperia Z5 Compact for small pockets to the 5.5-inch Xperia Z5 Premium with the industry's first 4K display in a production smartphone.

We get it, a launch of that magnitude couldn't wait until IFA actually kicked off and Sony scheduled their own dedicated event today. Not that the insane 806ppi of the Premium wouldn't have been enough to pierce through all the clamor at the show and draw most of the attention, even more so now that Samsung's phablets have already been announced.

Sony did need the good publicity only a truly new feature could bring and now they have it. The company has been an easy target for critics with its twice-a-year flagship update cycle. It's been the ideal mix of few improvements over the previous generation on the one hand and buyers, disappointed that their brand new device becomes last generation in only a few months, on the other. 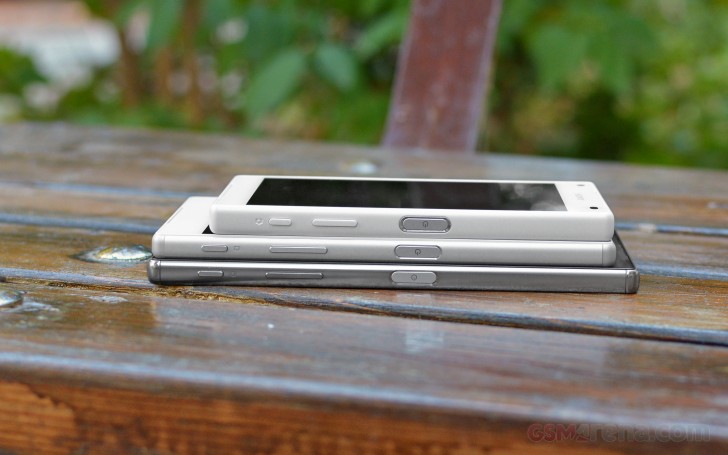 In fact, the regular Sony Xperia Z5 may still suffer from the same stigma - after all, the Z3+ was announced in May and save for the new camera (which in itself may be worth the upgrade, we don't know yet) and fingerprint sensor, it's essentially the same smartphone.

The Compacts have had a more fortunate fate, largely because they only accompany the odd-numbered flagships (the Z3+ doesn't count). That, and the fact that there's really no other truly high-end big-name small-sized flagship in existence.

But the Z5 Premium is a whole new breed. Sony hadn't had a proper high-end phablet since the Xperia Z Ultra more than two years ago, but it's hard to call the Z5 Premium a successor. Next to the monstrous 6.4-inch Z Ultra, the Z5 Premium looks dwarfish.

It's not size Sony went for this time, it's resolution, and 2160p on a 5.5-inch diagonal is nothing short of astonishing. But why, you may ask, and you'd be right. Because we can, Sony would answer. We are, however, inclined to speculate that such a pixel density has some VR application planned for its near future.

With nigh identical hardware, the three smartphones have the display size to set them apart and consequently physical dimensions, of course. We'd also expect them to perform rather differently in the graphics department as there's a 9 times abyss between the number of pixels that need to be rendered on the Premium, compared to the Compact. The Compact should also be the battery king by a long stretch, going solely by the numbers.

Being the lucky folks that we are, we got the chance to spend some time with the brand new Xperia Z5 bunch. It's way too early for conclusions, but we're ready to share some initial impressions, starting on the next page with the vanilla Xperia Z5.

When arrive to saudi?

I have a Z3 and it is amazing