In comes the true star of the show, the Sony Xperia Z5 Premium. This 5.5-inch smartphone boasts the industry's first mass-produced panel with 4K resolution, or UltraHD, or 3,840 x 2,160 pixels, just so we're clear. 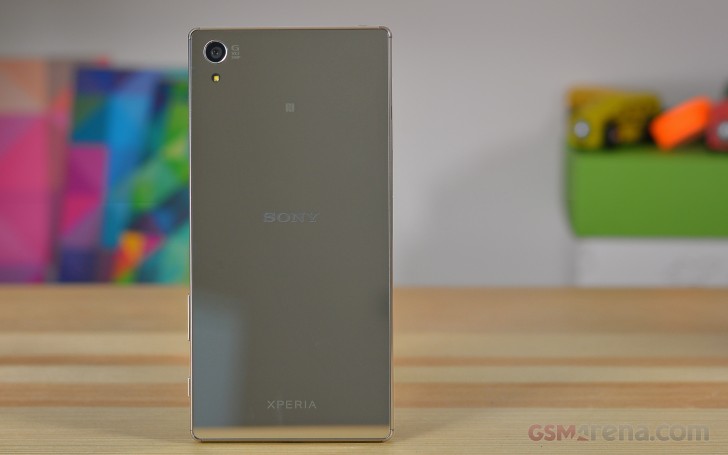 We're not sure how to feel about the name. It's understandable that Sony wanted to distance itself from the growing crowd of Plus-es, but Premium? The sentence "Any man who must say, "I am the king" is no true king." comes to mind. And also, the regular Z5 and the Compact are not premium enough, is that it?

With the rant out of the way, we must say that for all its exclusivity, the black-clad version sure looks pretty unassuming. At first glance it could be any other Xperia Z-series model, present or old. Once you look up close, you realize it's an odd blend between the materials of the Z3+ (not the Z5) and the detailing of the Z5. Then, of course, scaled up to accommodate the larger screen.

The Z5 Premium actually has the reflective glass back of the predecessor, instead of the frosted panel of its brethren. The frame is the stainless steel one of the Z3+ too, when the one on the Z5 is made of aluminum. A sense of wonder creeps in if the Premium might have been developed to launch parallel to the Z3+, but unforeseen circumstances or marketing decisions postponed it until now.

The appearance can be described as inconspicuous only when talking about the black version though. The Chrome and Gold ones are a whole different story. Proper hip-hop superstar material, the exotic colored Premiums are not for those looking to go unnoticed.

The chrome version reflects about 95% percent as much light as your everyday household mirror, our entirely non-scientific naked-eye tests revealed. As you could have guessed, it's entirely impossible to be kept clean unless you store it in a glass display box, which you won't. 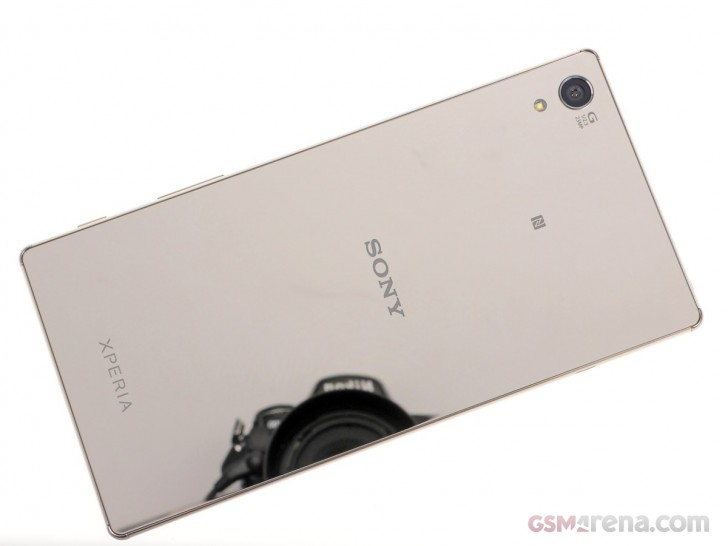 In practice the Z5 Premium has reasonably thin side bezels with some more meat top and bottom - as we already said, the typical Xperia proportions. You get the same capless microUSB port, the same capped card slot and the same corner inserts on its metal frame.

Slim side bezels, beefier ones top and bottom • capless microUSB • capped card slot on the left

The fingerprint sensor is also on board, midway on the right, but did we mention the low position of the volume rocker before?

Controls on the right side

Handling this one is a two-hand affair most of the time, though you can just as easily unlock and dial your better half with one hand, while pushing the cart with the other.

It's hard to find a word to describe how sharp the display of the Xperia Z5 Premium is. We went with "insane" in the intro and that pretty much sums it up. It has otherwise mostly the same properties as the rest of the bunch, though it's not as bright.

Sony quotes 700 nits for the Z5 and their numbers mostly checked out when we tested the Z3+, so we have every reason to believe the 500 nits the company advertises for the Z5 Premium are the real deal. It's not too shabby, and certainly a respectable feat given the pioneering nature of the 4K panel.

We also subjected the display to our customary microscope test, and it revealed what was to be expected – a huge number of tiny pixels spread out on a very small area. The pixels are arranged in an RGB matrix with a herringbone pattern, which changes direction every fourth row, with adjacent rows offset by a subpixel to either side.

Speaking of resolution, Sony talked about upscaling content to make it look better on your pixel-rich screen. Since 4K footage is only a smidgen more mainstream than hoverboards right now, the Premium will do the heavy lifting of upscaling FullHD YouTube videos and whatnot to 4K. While it all sounds great, displaying detail that wasn't originally recorded should always be taken with a due dose of skepticism.