It is no secret that Sony's mobile division is struggling and has been doing so for quite some time. Moreover, the situation might be even more serious than we think, especially judging by CEO Kazuo Hirai's decision to actually give Sony mobile a year or so to start bringing in a profit, before resorting to other measures. 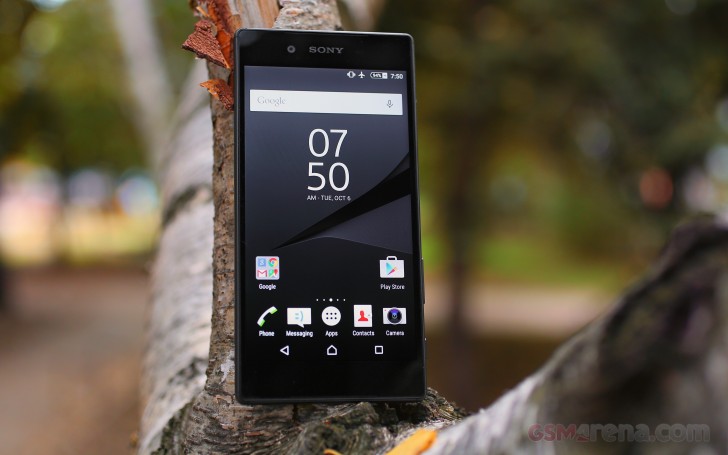 The more we think about it, however, it seems obvious that the Japanese giant is failing not because of bad products, but rather a long streak of poor market decisions that brought about a serious image problem. The Xperia Z5 is a perfect example. It is a superbly designed and built device, with quite impressive specs, definitely worthy of competing in the big leagues. The very same goes for the Z5 Compact, which even holds somewhat of a monopoly by offering flagship power in the sub 5.0 inch market. And then there is the Z5 Premium, with its record-setting 4K display.

All three are excellent devices that have a lot to show, but are sadly held back by steep pricing and the reputation of their respective predecessors, be it good or bad. When looking at the Xperia Z5, we really tried hard to focus on the positive, like the more powerful camera hardware, the convenient fingerprint reader and largely remedied overheating issue.

Still, we can't pretend that the Z3+ doesn't exist, with almost identical specs and a considerably lower price tag. All things considered, choosing between the Z5 and the Z3+ seems to be just as difficult as picking the Z5 Compact or the Z3 Compact, even if the considerations are slightly different. Let's consider a positive. Here is a quick rundown of our test findings on the device, hopefully they can make the decision a little easier:

Like we previously mentioned, this time around the Z5 is in somewhat of an odd spot amidst its glory-hogging sibling. The Z5 Premium is definitely the star pupil with its 4k display, be it a gimmick or not and the Z5 Compact has procured itself a comfy position as one of the few viable choices for a sub 5.0 inch flagship. As for the Z5, it is definitely not a bad device, but it seems to be a little lacking in terms of "wow" factor.

This, however, is not necessarily a bad thing. Less is often more, especially if it fits together seamlessly and if it "just works". Consequently, we found it fairly easy to find viable alternatives to the Z5. And a price tag of €700 or perhaps even more, puts almost any other flagship offers within an arm's reach.

Let's begin with camp Samsung, shall we? A quick online search reveals that you can actually get both the Galaxy S6 and the S6 edge for about the same price the Z5 goes. It goes without saying that both are superb devices also bearing the flagship title and offer an almost identically sized 5.1-inch superb Super AMOLED display, the distinction being the dual curve on the edge model. Combined with the powerful Exynos 7420 SoC and 3GB of RAM, there is little the S6 and S6 edge can't handle.

And if you are after something a little bit bigger then the Galaxy Note 4 fits the bill. It is, in fact, a bit older, but still packs quite a punch with its Snapdragon 805 chipset and not to mention the advanced productivity features of the S Pen. Sadly, the newer Note 5 and the Galaxy S6 edge+ are a little out of price range.

Speaking of flagships, other viable alternatives to the Xperia Z5 include the HTC One M9. They are both pretty comparable in terms of hardware, but the M9 is a bit smaller at 5.0 inches. Still, it offers the same Snapdragon 810 chip, 3GB ram and the signature metal unibody design. There is also the LG G4. It is pretty comparable as well, with a 5.5 inch display, Snapdragon 808 chip and 3GB of RAM. LG is currently selling the model at probably break-even prices, so deals are abundant online. You can also get a leather back option practically free.

And if you are really after a direct specs competitor, than look no further than the ZTE Nubia Z9. It has the exact same display size and resolution at 5.2 inches and 1080p, it also uses the Snapdragon 810 chip and even offers up to 4GB of RAM. However, the camera setup isn't quite so impressive and the Z9 is quite bulkier in size, so, there are certain tradeoffs you would have to accept. 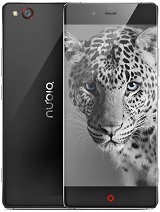 The Motorola Moto X Style is yet another flagship alternative to the Xperia Z5. Despite still being quite new, it is reasonably priced and has a lot to offer. It is worth noting, however, that at 5.7 inches, it is a bit bigger than the Sony, but also has a lot more resolution at 1440p. Other specs on it include a Snapdragon 808 and 3GB of RAM. And if you really feel like going big, Motorola has you covered as well with the Nexus 6 and its whopping 5.96 inch screen.

A few other devices deserve an honorable mention, like the OnePlus 2 and Zenfone 2 family. The former actually uses the Snapdragon 810 SoC as well, while the latter is one of the few to rock an Intel Atom chip. And while we're on the topic of alternative silicon, you could also give the new MediaTek Helio X10 a try. It offers ample power and does cost less than its Qualcomm counterparts and has already proven quite capable in devices such as the Xperia M5 and Meizu MX5. Both worth checking out - that's for sure.

So, at the end of the day, is the Xperia Z5, the long-overdue "proper" flagship that Sony fans deserve and more importantly, is it worth buying? Well, yes and no... It is an impressive step in the right direction and a clear sign that Sony is taking notes and fixing things, or at least the most pressing ones, which are heating up the situation, quite literally. On the other hand, the Z5 seems more like an incremental move forward, somewhat lacking excitement, rather than the thrilling leap the OEM needs, if it is going to meet its looming deadline to finally break a profit.

Factoring in the steep price tag, the way we see it, the Xperia Z5 looks to be a dedicated fan pick, above anything else and even then, the 4K allure of the Z5 Premium might prove too distracting. In most other cases, if your heart is really set on Sony, the Z3+ just seems like the more sensible pick and if not, you are more than spoiled for choice elsewhere.