No proper modern day flagship could be truly complete without a powerful camera and the Z5 definitely makes no exception. Sony has decided to equip the whole Z5 family with a new 23MP camera. That means that the handset should have pretty compatible photo quality to the Z5 Compact and even the Z5 Premium. 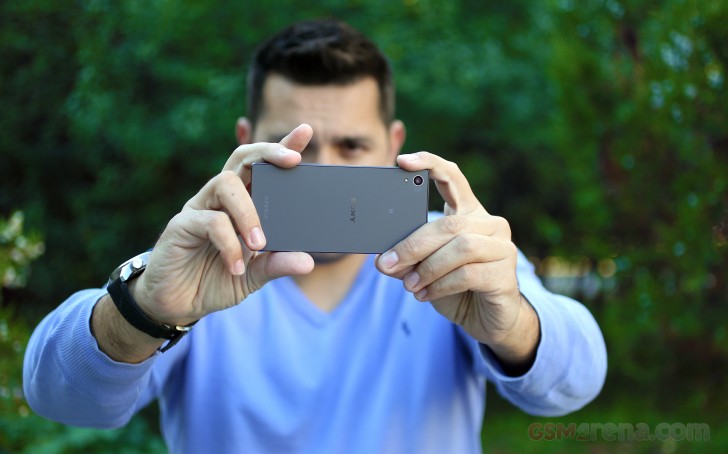 Sony might be marketing the new camera as simply a 23MP one, paired with an f/2.0 24mm-equivalent wide-angle lens, but there is actually a lot more going on behind the scenes. The sensor it uses, said to be the Sony IMX300 is actually what is known as a multi-aspect sensor and in reality has quite a bit more pixels - around 25MP to be exact. 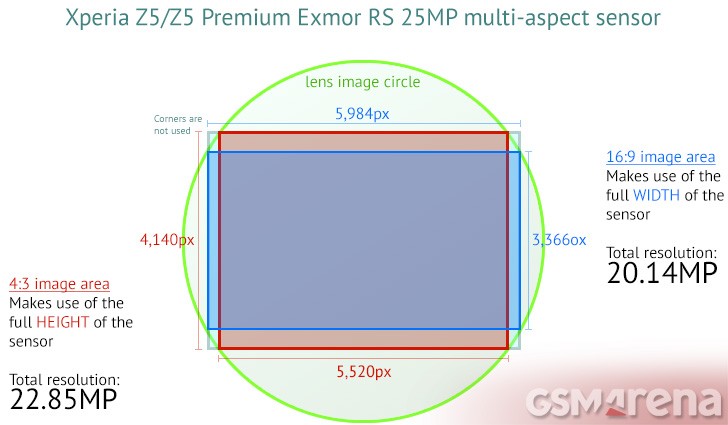 Sony doesn't market this officially and instead cited the 23MP (well, actually about 22.85MP) resolution or 5520 x 4140 pixels that the phone does in 4:3 mode. Meanwhile, however, the 16:9 aspect ratio mode yields images measuring 5,984 x 3,366 pixels (20.14MP). What you'll notice, is that the 16:9 shots have a higher horizontal resolution than the 4:3 ones, hence they're not cropped from 4:3 as usual, but instead use a different part of a larger sensor. This might not sound like much, but you do actually get comparable resolutions in both aspects, which is nice.

The impressive hardware, in combination with the capable Snapdragon 810 chip makes it possible to shoot UHD 2160p videos at 30fps with the main camera and up to 1080p@30fps with the front-facing one.

The camera viewfinder is the usual affair, nothing has changed on Android Lollipop, although the latest app update did move a few things around, most notable HDR, which is no longer hidden away in the setting. Perhaps there are other changes under the hood, but we are yet to fully experience it in the future, as the app is not in its final state yet even though our review unit runs final firmware.

We did also notice that scenes are no longer available in Manual mode. Perhaps it is intentional or a direct consequence of the changes, the app is undergoing. In any case, the Z5 Compact did have the scenes selector intact. We should also mention that the camera did exhibit odd exposure control when rapidly changing the lighting and sometimes refused to readjust its ISO until we restarted the application. Canceling a panorama mid-way was also buggy.

Back at the announcement of the Z5 series, Sony promised an updated camera app with a new UI, which it is yet to deliver even now that the phones have already hit the market. Hopefully, it will also come with fixes to the aforementioned bugs.

In Superior Auto mode stills and videos share the viewfinder and you can snap a photo or shoot a video without changing modes beforehand. While this is convenient, framing your videos correctly is nearly impossible as the two have different fields of view and you only get to see the actual framing only once you've started recording.

On a more positive note, however, Superior Auto no longer feels the need to lower your resolution and the Z5 can shoot at 5520 x 4140 pixels in Auto, as well as Manual.

Speaking of Manual mode, in it you can switch between stills and video capture so that you can see the framing of your images and videos correctly (each with its own field of view) before you've pressed the shutter.

You also get a dedicated video mode, with a proper viewfinder with manual control, which is nice to have.

There's Sweep panorama but, it's not really all that great. Stitching is clearly visible, resolve detail is poor and so is sharpness.

Other modes include the regular Picture effect mode, which creates a 3 x 3 grid that shows all the available effects in real time. Also a few portrait tools for styling and the quite funny AR mask that overlays another face on top of your own.

Sony's new 23MP sensor shows great promise. But regardless of how powerful the hardware is, the camera experience is still very dependent on software processing.

Sony does have some spotty reputation in this department with certain recurring issues like corner softness and a lot of noise under less than favorable lighting. Looking at the samples form the Z5 we sadly see many of these issues yet again - some shots came out quite blurry around the edges and a lot of detail seems to have this watercolor like look, which is usually a result of poor noise reduction algorithms.

We also noticed quite a few barrel distortions that weren't straightened out by the algorithm. Such distortion is quite expected with a lens that's wide (24mm), but it should be correctable in-camera.

Focusing also had its ups and downs, and at times failed to lock at our test subject so, overall, in its current state the Z5 doesn't exactly live up to the promise of a glorious hybrid auto focusing. The key word here, however, seems to be the current state. Like we already mentioned, Sony seems to be amidst a camera software update and we might see those changed for the better down the road.

We are actually quite inclined to blame the software for a lot of the imperfections at this point, as it did also exhibit a few odd bugs while shooting, like endless focus hunting and absurdly short exposure times, also the aforementioned failure to auto adjust exposure.

The Z5 camera also has a lot of redeeming factors going for it, like nice and accurate color representation, a good dynamic range and last, but not least, very fast auto-focus even if not terribly accurate.

Here are some camera samples form the 23MP shooter:

On another positive note, the fast hardware has made the camera app nice and responsive and Sony's legendary Superior Auto mode seems to have gotten better as well. It still has its hiccups and can sometimes toggle to an odd shooting mode, but it generally manages to produce far better photos than a zero-config manual approach. Here are two sets of shots taken in Superior Auto, Manual Mode and Manual Mode with forced HDR.

While Superior Auto would occasionally activate the HDR mode, if you really want to force it, you'd have to go to Manual mode and select Backlight Correction (HDR). Sony has now moved this toggle to a more convenient location, next to the White balance controls in the viewfinder, so you no longer need to browse setting to reach it. However, it is also worth noting that the HDR effect itself looks quite toned down, especially compared to other recent Sony models, like the Xperia M5. That, however, is not necessarily a bad things, as it does produce nice results.

We also tested how well the Z5 performs up close and personal. Superior Auto does a perfectly decent job of sensing our intentions and toggling macro mode, but for some reason, focus didn't work particularly well and completely failed in as we got closer for some macro shots. The Z5 Compact did exhibit the same behavior.

We also tested how the Z5 handles low light conditions and results weren't exactly impressive. Noise levels are off the chart in the night samples. On a more positive note, at dusk, the Z5 did fairly good and its flash seems to work well, bringing out nice colors and detail, despite being only "mono" tone (if that's a word).

Last, but not least, we also tested out the 5.1MP front-facing camera. Photos came out with nice colors and a lot of detail, as one would expect. Here are a few samples at slightly different lighting. 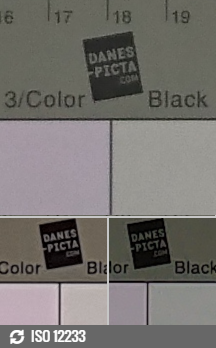 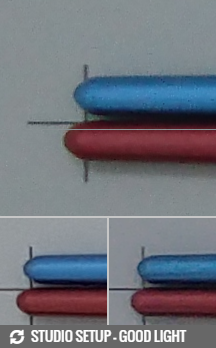 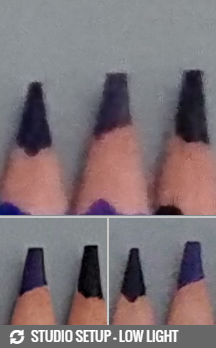 With a 23MP camera and powerful Snapdragon 810, the Xperia Z5 has all the required prerequisites to do 4K and should also do a pretty good job of it. It definitely lives up to those expectations, producing pretty impressive results. Videos come out with a lot of detail, nice colors and smooth motion.

The camcorder shares the same UI as the still camera, unless you go into manual mode. In manual mode you can set a timer and fiddle with settings like exposure, metering, etc. Again, we have to note that scene selection was unavailable on our test unit, unlike the Z5 Compact we previously reviewed.

For videos the Xperia Z5 features digital image stabilization - SteadyShot, but there's a price to pay - the field of view (FoV) is reduced (it's how all digital stabilization systems work). Also, it takes a toll on the quality. However, the Z5 does show major improvements in this area - quality isn't severely affected and the stabilization works surprisingly well. That is a trait also observed in the Z5 Compact.

The phone is smart enough to detect whether you are shooting hand-held or you have rested it on something stable but you get the reduced FoV either way if the option is turned on.

Sony has actually done some behind-the-scenes improvements on its video stabilization. Just like with the Z3+, the Z5 uses a combination of software and hardware to do the magic. The latter being an actuator system that shifts the whole lens unit to compensate for shakiness. This is slightly different from OIS and Sony has gone the extra mile to improve the de-shaking process in the Z5 family, by adding a position sensor and introducing a closed loop mode of work with feedback control from said sensor.

One notable absence in the Z5's new camera app is HDR mode in video. Hopefully, it will reappear with a future update.

The Z5 shoots truly gorgeous 4K videos with a resolution of 3840 x 2160 pixels and a steady framerate of 30 fps. The bitrate is also quite impressive at 54 to 55 Mbps, coupled with a 48 kHz audio sampling rate, captured in stereo, of course. Resolve detail is really impressive. Overall, the Z5 offers 4K video fit for a flagship.

Auto focus, however, was far from docile and in typical Sony fashion, the phone hunted for focus while video recording quite a bit. Setting the autofocus to a single focus per video remedies the issue entirely. It is also worth noting that we shot on a pretty windy day, which brought in some shakiness.

Naturally, the Z5 can also do 1080p videos as well and does a pretty impressive job of it. Furthermore, there is even a 60fps option that also produces impressive results, smoothing out the motion. Below are to 1080p samples at 30fps and 60fps, as well as a 4K you can check out.

The Sony Xperia Z5 captures gorgeous 4K videos. It managed to resolve a lot of detail in our resolution chart test and under good light conditions, but there is quite a bit of noise and artefacts when shooting in low-light rooms. Also, focus hunting proved to be a major issues in this scenario as well. 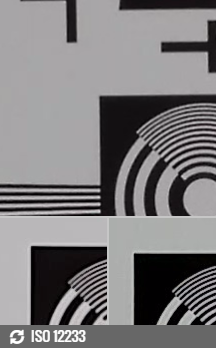 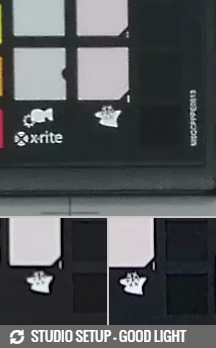 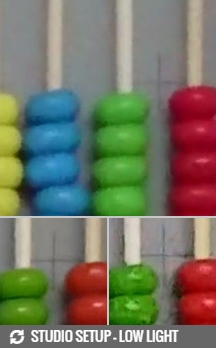