Sony Xperia Z shot at CES floor ahead of announcement

The Sony Xperia Z has been spotted at the company's CES 2013 booth giving us even more solid evidence of its imminent announcement. 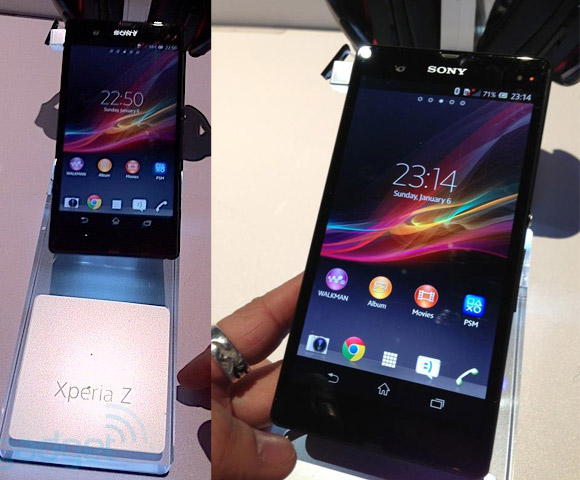 With its early preview, official press image leaked and even purported pricing floating in the wild, the only thing left to be officially unveiled are some minor details and the release date.

So far we know that Sony's upcoming gladiator in the 5" segment packs a 1080p screen bundled with a quad-core Qualcomm APQ8064 Snapdragon S4 Pro chipset. The smartphone is also reportedly running Android 4.1 Jelly Bean out of the box with an update to Android 4.2 planned later down the road.

We'll know more of Sony's upcoming Xperia flagship in less than 24 hours when the company is also going to take the wraps of the Xperia ZL. It's going to be exciting day for Sony fans indeed.

Only problem with it when i saw it was the power button. I don't think it blends well with the full concept design. It's like having a zit on a beautiful face. I mean they should have gone with that round shape and then black and then thinner since t...

But "phones" today are no longer just phones. They're pocket PC's. Most people today do more computer stuff than calling/texting - due to more CPU power/RAM/etc. Since we stare at the screen more (compared to when they were just phones with...

if its camera will also work as on XPERIA T, hanging every few shots - you should concider buing Samsung.