Sony recently announced its Xperia Z Ultra phablet and the 6.4-inch beast with its Snapdragon 800 chipset is by far the most powerful device in the current market. Sony is yet to launch its monstrous phablet outside of Asia, but the company has already rolled out a firmware update for it. 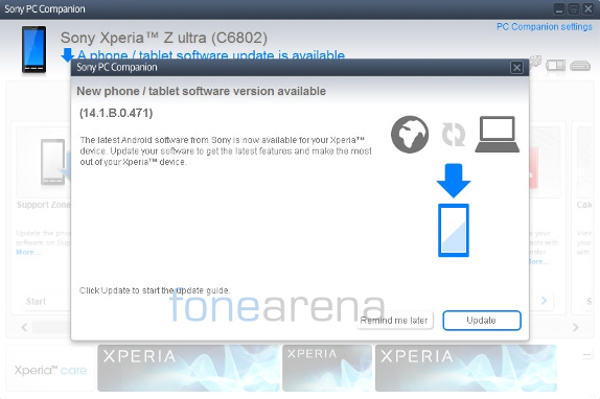 The latest firmware for the Sony Xperia Z Ultra has a July 19 build date and is pretty minor. There is no change log available, so it appears it was all about squashing some of the bugs that were spotted after the market release.

The firmware update is currently available on the PC companion and is not seeding over-the-air (OTA). Sony has officially announced that the Xperia Z Ultra will be getting the latest Android 4.3 Jelly Bean update, but that's going to come later on with another update.

By the way, we have already got our hands on the gigantic Sony Xperia Z Ultra and you can check out hands-on impressions here.

hey i am a lover of the Z ultra too; well i have been shooting snaps with all cameras including mobile ones; however all mobile cameras are pretty much same as far as the short distance and low light photography is concerned; sony has done well to cu...

Does this update eliminate the infamous screen blackout issue in many units from Asian markets like Hong Kong?

thus the phone u used do u good? Insulting one another, thus it give u food ? Think n stop arguein on these things.