Sony Xperia Z Ultra launches on September 13 in the UK

The Xperia Z Ultra is powered by Qualcomm's most powerful chipset to date - the Snapdragon 800 - featuring a quad-core 2.2GHz Krait 400 processor, Adreno 330 graphics and 2GB of RAM. It also comes with Sony's Triluminous display that uses OptiContrast and X-Reality tech, which is the successor of the Mobile BRAVIA. Android 4.2.2 ticks inside.

Various UK retailers have already announced pricing and availability for the phablet - it will hit Britain on September 13 and will costs as low as £599. 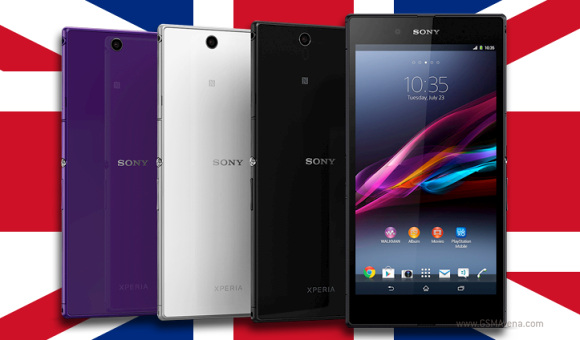 The first stock of Xperia Z Ultra will bring only black and white units, while the purple ones will arrive at a later date. The same happened with the Xperia Z launch earlier this year.

We guess Sony will release the Xperia Z Ultra in other countries worldwide around the same September 13 date as well.

Name one thing that Samsung bring new to the market what they have in there notes and galaxy sony did that long time this is just one of many http://cellphones.about.com/od/cellphonereviews/ig/Latest-Flip-Cell-Phones/Sony-Ericsson-Equinox.htm