Sony has accidentally published a promo shot of its upcoming Z3 Tablet Compact alongside an Android Wear-powered smartwatch ahead of their IFA 2014 announcement. Up until now, the tablet's specs were shrouded in mystery, but thanks to a tip sent to AndroidOrigin.com we might have an idea what the sub 8" tablet will be all about. 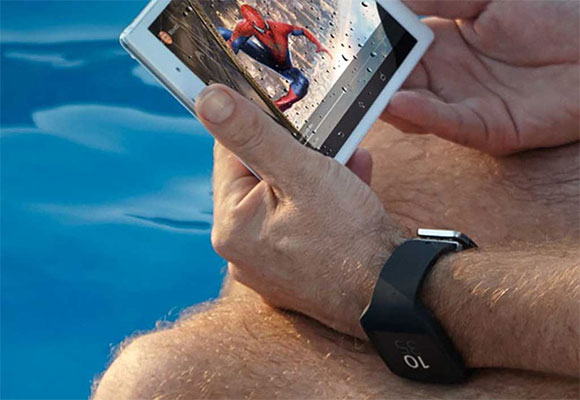 According to the source of the information, the tablet packs an 8" (or a tad smaller) IPS display of 1080p resolution. It packs Sony's Triluminos screen with the X-Reality picture processing engine and an additional layer to decrease reflection.

Under the hood, the Xperia Z3 Tablet Compact is said to feature a Snapdragon 801 MSM8974AC chipset with a quad-core CPU, 3GB of RAM and 16GB of internal storage. There's no information whether a microSD card slot is available, but Sony fitting one is more likely than not.

We have a bit more than a week left to find out if the Sony Z3 Tablet Compact will have the aforementioned specs and if it can hold a candle to its rivals in the compact tablet segment.

samsung allows apps2sd as well, even after google removed it from software, it was reactivated.

so, sony has finally decided to join the "confusing naming scheme" bandwagon...