PlayStation Vue, Sony's streaming service, is launching on Apple TV today. This follows the spread of PS Vue to Android, Android TV, and Roku boxes, which all happened earlier this year.

PlayStation Vue lets you watch live TV programs, enhanced with unique features such as cloud DVR and simultaneous streaming on up to five devices. Unlike what your friendly neighborhood cable provider is offering, PS Vue doesn't require long-term contracts. 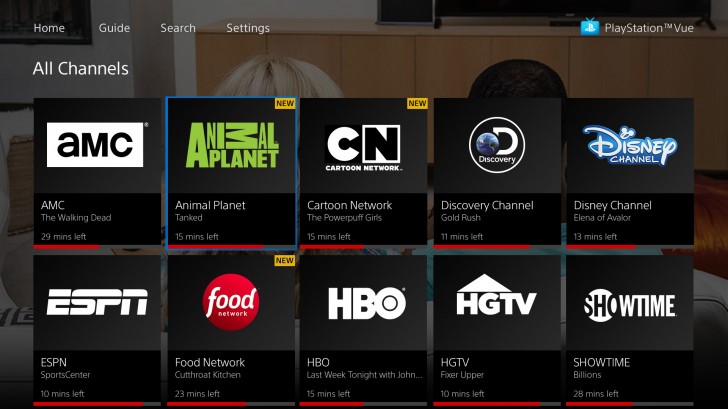 The PS Vue works on the fourth generation Apple TV, and as you'd expect it fully supports the Siri-integrated remote. PS Vue includes such popular TV networks as AMC, FX, HBO, Showtime, as well as sports-focused ESPN and NFL Network.

You don't need a PlayStation console to use PS Vue. Plans for the service start at $29.99 or $39.99, depending on where you live. To find out exactly how much it will cost for you, just go to the official website and enter your ZIP code.

only true for usa,these subscription prices are way too high for what they offer,considering in europe for this price i can get internet connection,cable and phone number cable might be dying in usa but that's not even close to truth for any oth...

More goodness. Soon it will bring death to silly cable tv providers living in the 1990s who charge tons, need dedicated set top box, limiting their phone app to no airplay or chrome cast, and terminating channels without a warning.