Sources with some knowledge of the matter suggest that Apple will not be interested in increasing the megapixel count of its next iPhone smartphone camera. Instead Apple will likely focus on improving the lens system and image quality.

Previous rumors suggested the iPhone 6 camera may be bumped to 10 MP with a faster F/1.8 aperture (the iPhone 5s is currently sporting an F/2.2 lens) so perhaps the aperture will remain. 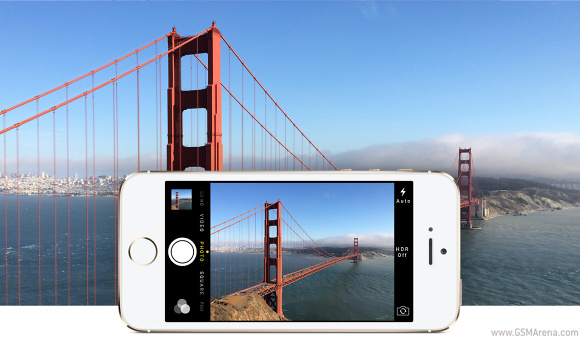 Rumors are circulating that Apple will use swappable resin lenses for its iPhone 6. Other rumors have suggested optical image stabilization but seeing how Apple is doing some clever gyro-based software tricks in the iPhone 5s to avoid OIS it seems unlikely the company will change its mind in the next flagship.

If Apple indeed retains the 8 MP resolution which debuted on the iPhone 4S camera, it will go against the current trend of manufacturer increasing megapixel count in their smartphones' cameras recently.

Sony is expected to produce a new 21 MP 1/2.4" sensor for the last quarter of the year. Could it star in the Xperia Z3? It seems likely considering Sony's six month flagship cycle.

iphone isnt the only device with issues trust i work for a carrier and when the samsung devices come out boyyyyy oh boy is there ALWAYS problems expecially the note 3 and s5.

we also dont care if it will bw nice or not!! what we know is that its customers will be disappointed

i phone 6 should ave a 13mp camera for taking place in the top camera smartphone list.i phone six should also have octa core because many brands did it already... and the siri must be improoved.....:-)