Tonight at 8PM (local Chinese time), a special edition of Xiaomi's Mi Mix 2S went on sale for 4,299 RMB (about $677) and the device was wiped out of its inventory in less than one minute – in fact, GizChina has a screenshot of the device’s link showing “sold out” with a grayed out button and the clock still shows 8:00. This was supposed to be a six-day sale ending on May 16, but the sale didn’t last one minute. 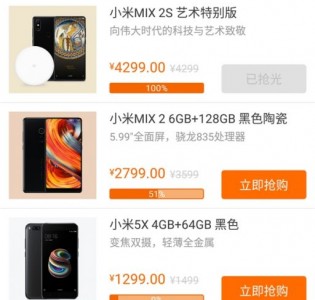 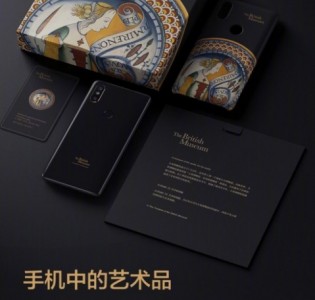 Xiaomi worked with the British Museum to design and package this Xiaomi Mi Mix 2S Special Art Edition. The back of the device had text on the bottom with the British Museum’s logos and a special edition case was included in the box. The case has artwork by Majolica Pottery that says “No work is not available”, the same artwork that is set as the device’s default wallpaper. Read more about this Art Special Edition device here.

The exact number of units that sold out so quickly isn’t known, but according to GizChina, Xiaomi does plan to sell more of these Art edition devices in due time. Perhaps Xiaomi will think about making a bigger batch this time, as the demand for this device appears to be in high demand.

Not only the case and and box, it's the special wallpaper, too. Moreover, the thing that make this phone unique is it's limited edition with the BACK of the device had text on the bottom with the British Museum’s logos. Good phone and even bette...

True. The phone is the same, the others (case and freebies) are only changed.

umm... looks like you are paying for the box and the case