Specs for the 3rd generation Moto X leak, 5.5-inch screen is in

While the next generation Moto G has been leaking a lot lately, we've seen a much smaller number of reveals about the Moto X (3rd gen), which is also due to be outed this year - perhaps even tomorrow, at Motorola's special event.

We have had quite a few instances in which pictures of the next Moto X got out - even live images not long ago. As for the specs, we now have a new list of those from a source of a lot of Moto-related stuff. 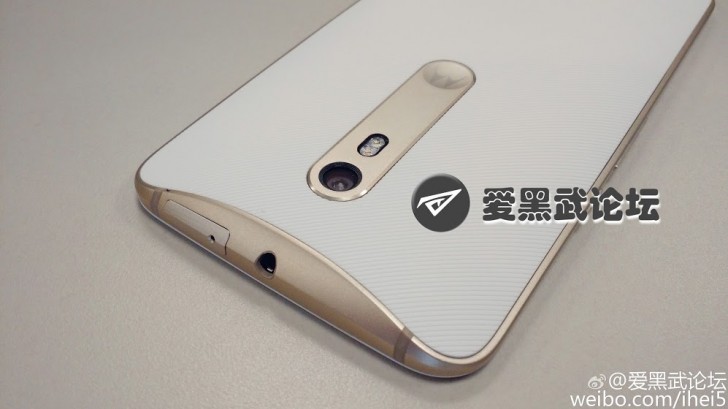 Interestingly, this report contradicts a few previous ones when it comes to the display. So far we've been led to believe that this year's Moto X will sport a 5.2-inch QHD panel. But it looks like Motorola could have gone bigger, while keeping the resolution of last year's handset.

As for the battery, past mumblings had it at 3,280 mAh, but we assume nobody will complain if it's actually going to be a whopping 3,600 mAh. Even the main camera was said to be 16 MP at one point. Today's revelation comes with no information about RAM, but it's been rumored to be 4GB, and the SoC in charge could be Qualcomm's Snapdragon 810.

One of the new things coming to the Moto X line in 2015 is allegedly going to be the color version you can see in the picture above. And there may also be a front-facing LED flash for perfect selfies in there.

beautiful, shiny, premium body. just like iphone. samsung already follow. now you too. i hate this all. easily scratch. network cannot pass through efficiently, so you made 'plastic' band around it. from far, its look like big scratch. not to mention...

so basicaly a oneplus 2 with a higher pricetag