Sony's upcoming cameraphone flagship has been spotted in few leaked images earlier and now, the specifications of the device have been leaked. 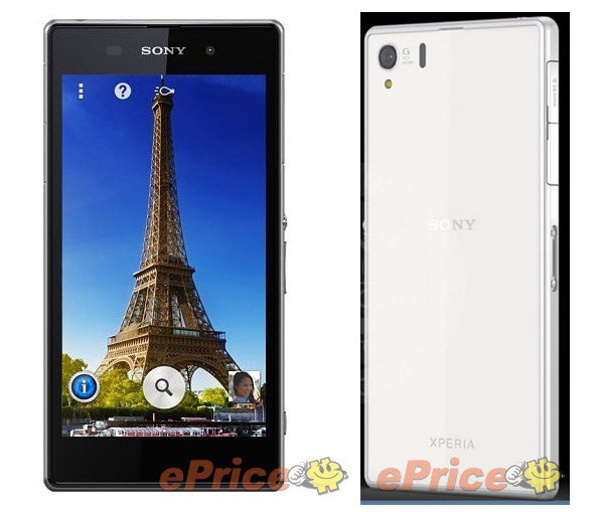 The Sony Xperia Honami will reportedly sport a 5-inch display of 1080p resolution. The smartphone is going to be powered by a 2.2 GHz quad-core Snapdragon 800 processor and feature 2 GB of RAM. The 20 megapixel Exmor RS main camera will feature Sony G-lens and BIONZ image processor, but its sensor will measure 1/2.3" rather than the previously rumored 1/1.6".

The impressive snapper will be joined by a 2 megapixel front facing snapper. The smartphone will have 16 GB of expandable storage to save all those shots and will draw its juice from a 3,000mAh battery.

Sony Xperia Honami is said to be IP57 certified, which it is completely dust-protected and it will withstand a meter of water for 30 minutes. The Xperia Honami reportedly measures 144 x 73.9 x 8.3mm and will come with a great set of connectivity options along with latest version of the Android OS - 4.2. The upcoming flagship smartphone from Sony is expected to compete against the likes of other camera-phones such as Samsung Galaxy S4 Zoom and, more importantly, the Nokia Lumia 1020.

Sony is set to unveil its Honami smartphone at its press event on September 4 at the IFA expo in Berlin.

The design is not stylish in Xperia Honami. Its just ugly looking phone but specs are impressive and camera looks awesom.

I've Xperia V and I'm satisfied very much of its display. actually it has decent blacks.colours look a lot more natural (but being vivid too).I've compared it's display with Samsung S3 display but always I prefer sony displays not just because I own ...

We're not sure that's the case yet.