Speculations on the Interphone study outcome cause undue panic

The Interphone study is a research trying to determine whether mobile phones increase the risk of humans developing cancer. News reports on the results of the study spread like wildfire recently allegedly linking mobile phones with four specific types of cancer.

The thing is that the official statement on the matter is that the results are still not finalized so any conclusion expressed by the media based on the study would at best be incorrect assumptions.

The Interphone study isn't the first and won't be the last research of that kind but what makes it important are the people behind it. The study is coordinated by the International Agency for Research on Cancer (IARC) which is a part of the World Health Organization (WHO) and a part of the funding even comes from the Mobile Manufacturers Forum (MMF).

The 10-year Interphone study has involved spending 30 million US dollars and is actually a whole series of multi-national studies which have taken place in 13 countries across the globe and have included more than 10 000 human subjects. The goal was to find out whether mobile phone radiation is able to increase the risk of four kinds of cancer - acoustic neuroma, glioma, meningioma, and tumors of the parotid gland. In other words - cancer types involving the tissues around the ears and mouth.

Until the final Interphone study results are revealed (expected before Christmas) all articles on that subject should be considered speculative.

If we quote the MMF reaction to those comments in the media “There is absolutely no information circulating at the moment that is accurate and correct with respects to the results of that study".

However, the study website suggests some sound advice on minimizing phone radiation exposure be it harmful in the long run or not. 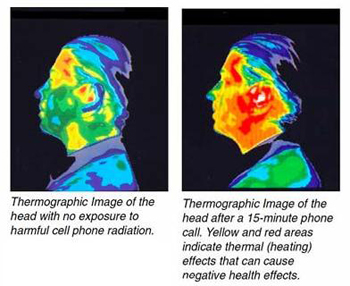 You could try to talking less and text more to minimize head exposure. The use of a hands-free set is also recommended (a Bluetooth headset is also better than nothing as it decreases radiation exposure by up to 90%).

A research claims that phone radiation may also drop a man's sperm count by 30 percent, so guys, you'd better avoid wearing you phone in your trouser pockets.

While not in use phones should be kept at least a meter away from the body. So, don't put your handset next to your pillow or on the bedside table. If possible, it's best if you turn your phone off at night.

And when it comes to children, don't forget that their skulls are way thinner and the brain smaller so radiation absorption is much higher. The best you could do is forbid small children the use of a mobile phone or at least to encourage them to text instead of talking on the handset.

As a way of expressing our concern with the possible negative effects of the prolonged cellphone radiation exposure, as of today we'll start work on a little internal project. Our goal will be to add a new field in our cellphone database that will make the SAR rating of all current GSM phones public and easily accessible through our specification pages.

We've had numerous user requests about adding that information and we've finally decided that we should make the extra effort and publish the SAR ratings for all currently available phones - where available within our reach, of course. It won't happen overnight, but so that you know - we're on it.

Could someone inform me as to when is the Final Interphone Study Result expected. The last report through gsm arena had suggested somewhere around Christmas....

i don't think its a new thing bocause it was informed when the cellphone started to exsist,about their disadvanteges but now people are bing blinded by cellphones manufacturers such as:nokia ,motorla,samsung and so on -----.since in our world busines...

ive owned a mobile phone since i was 11, have gone through about 50 different phones since.. im now 19 and work in a phone store.. I usually sleep with my phone under my pillow or just beside my head.. for years ive always had headaches when laying d...