Spotify now lets you download songs to your Apple Watch

Spotify is finally making a long-awaited feature a reality - the option to download songs to your Apple Watch and stream directly to your headset. 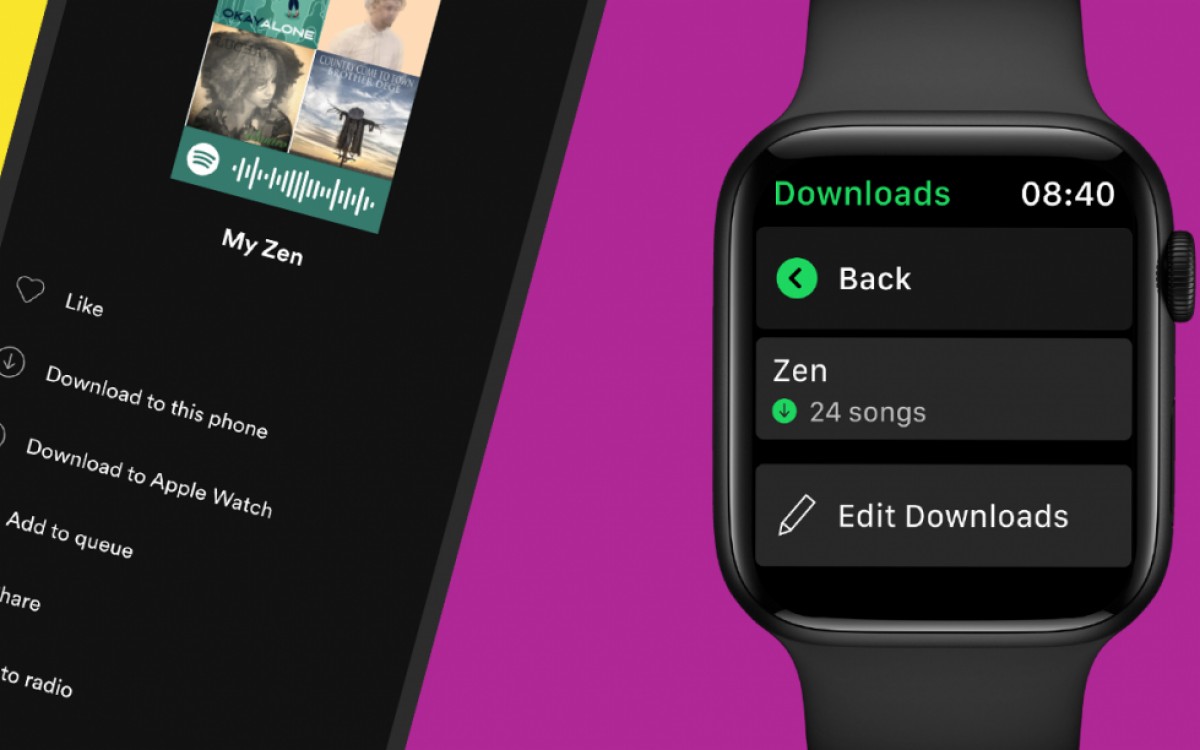 Up until now, the watchOS Spotify app was merely a remote control of the iOS app on the iPhone but with the new update, you will be able to stream music offline without the need of a phone at all.

Let's say you go out for a run and you don't want to bring your phone with you. Just download your favorite playlists/songs to your watch and then stream them via Bluetooth. That's a highly-requested feature that has been around for a while on other platforms and apps. Just keep in mind that the new version of the app still hasn't reached everyone so it would take a couple of days to do so

Also on android watches. But yes, first on tizen.

Ah, when you said it's been an option on Android, I thought you were referring to Wear OS, not a Tizen watch used in combination with an Android phone. In that case, many Garmin watches also support offline music and podcasts from Spotify.

On Samsung watches you can download playlists, but still limited storage. You just need to connect to the phone once a month, so it can refresh the songs. I think it started with the gear s3, but I'm not sure if the older watches had it. Only ha...