Sprint has just introduced an exclusive new, previously unheard of variation of Samsung's Galaxy S5. It's called Galaxy S5 Sport and looks like it's halfway between the vanilla S5 and the S5 Active that was announced by AT&T last month.

The Galaxy S5 Sport has physical Android buttons on the front, like the S5 Active, but comes with an entirely new design for its back cover. The textured body seems more rugged than that of the Galaxy S5, but isn't quite up to the standards of the S5 Active. 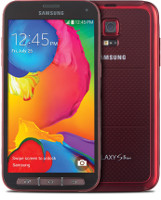 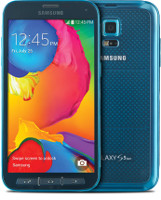 Furthermore, the carrier doesn't mention the S5 Sport having a military grade certification like the S5 Active (which you can get to know better by reading our review). That means you shouldn't expect the same level of protection from the elements in this case.

However, the new phone does come with IP67 rating for dust and water resistance, just like the other two Galaxy S5 versions we mentioned. So it's dust tight, and can withstand being submerged in up to 1m of water for up to 30 minutes.

Spec-wise, this is identical to the Samsung Galaxy S5. So expect to see the same 5.1-inch Super AMOLED touchscreen with 1080p resolution, the Qualcomm Snapdragon 801 chipset with 2.5 GHz quad-core CPU, 2GB of RAM, and the heart rate monitor on the back.

The Galaxy S5 Sport has a 16MP rear camera with LED flash and a 2MP front snapper. Internal storage is 16GB, though expandable through the use of microSD cards.

Its dimensions are 144 x 74 x 8.9 mm, which make it bigger than the Galaxy S5 in every respect. It's as thick as the S5 Active, almost as wide as that, and just a tad shorter. It weighs 158g, and that figure again places it in between the S5 and the S5 Active.

The Samsung Galaxy S5 Sport will become available at Sprint in Electric Blue and Cherry Red on July 25. You'll be able to grab one for $0 upfront (plus tax) followed by 24 monthly payments of $27.09 using Sprint's Easy Pay scheme. You can pre-register your interest for the new smartphone on Sprint's dedicated page.

Starting on July 25 and for a limited time, if you buy a Galaxy S5 Sport you'll get $50 off the Gear Fit wristband.

The Galaxy S5 Sport is the launch device for Sprint's new Fit Live health tracking initiative, which will bring you a year of MapMyFitness MVP for free. And you also get three or six months of Spotify Premium for absolutely nothing, depending on which Sprint plan you choose.

Has anywhere else released it so I can get an unlocked version?

I think it's useless to wear or have your device with you while training. for me when I work out I only keep a bottle of water with me nothing else, but still better design than the original S5

Bandaid that you can use when you fall lol