Sprint has started rolling out a new software update for its variation of Samsung's Galaxy Note 4. This will bring you Android 5.1.1 Lollipop, which right now is the latest version of Google's operating system.

But it also comes with a very important security fix, which patches the vulnerability dubbed Stagefright - and which was discovered just a few days ago. 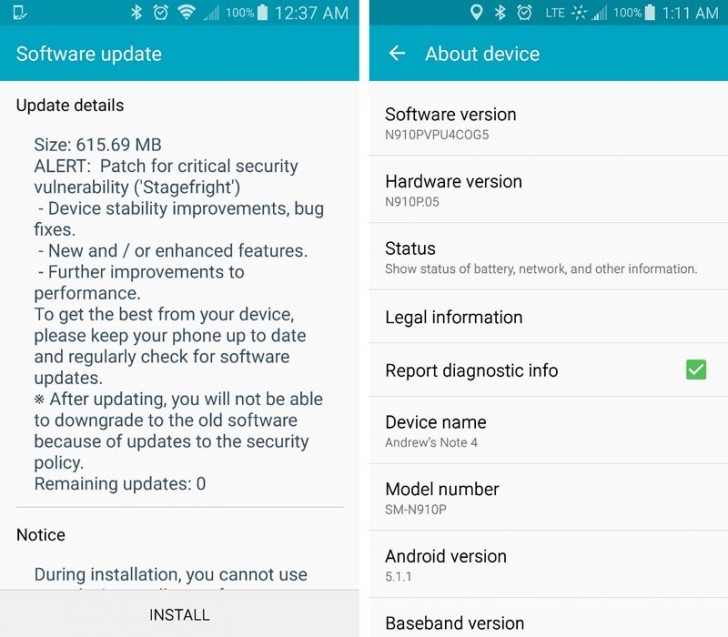 Additionally, there are some unnamed performance improvements and bug fixes inside the new software release. It is rolling out over-the-air, which means it might take it a few days to reach all the devices out there.

When yours is ready to get the new bits, it will pop up an update notification. After downloading the 615MB file and applying the update, you'll be on software version N910PVPU4COG5.

samsung note 4 n910g android 5.1.1 has RIP dont wait guys samsung was cheating in indian coustmers next i will not trust in samsung

When the Samsung will release update 5.1.1 for note 4