Apple is currently rolling out a new app for iOS devices. It's called Apple Support and should be available soon in all countries through the App Store. For now, it only shows up in the store for the Netherlands, but that's clearly just a temporary thing. The rollout to other territories might be taking a few days though.

The standalone Apple Support app groups everything that's support-related into one place. Its homepage lists your existing Apple devices, including detailed model information. It also offers some featured "How To" articles, which should be tailored to the products you own. 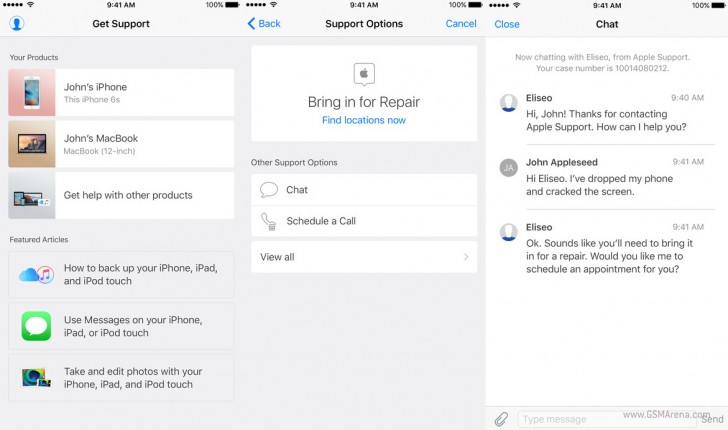 The app lets you chat with customer support reps, and schedule visits to physical Apple Stores for repairs. It contains a History section where all of your support queries are listed. Genius Bar appointments can be scheduled through the Apple Store app too, and Apple also has a Tips app that launched with iOS 8 to give you quick feature tutorials, but the new Apple Support app brings all of these things together rather neatly. Hopefully it will become available across the world soon.

Where is the APOLO application that was said to come out to have more optimization of our iOS equipment.

Price is irrelevant for what you get. Its worth it. Oh and some people can actually afford to buy Apple products and thus are not limited by the prices. On the other hand, there are those who cannot afford them so they post negative comments while no...