Less than an hour ago Apple's Board of Directors announced that Steve Jobs resigned as the company's Chief Executive Officer. His place will be taken by Jobs' trusted Tim Cook, who up until now was Apple's Chief Operating Officer. 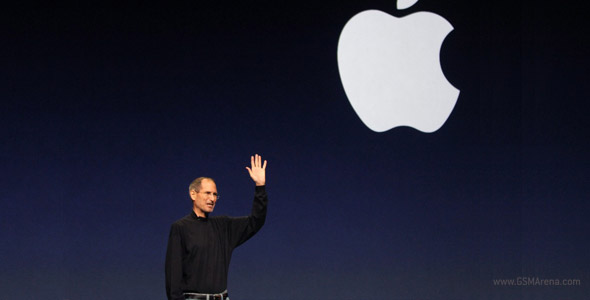 Steve Jobs' stepping down as Apple's CEO doesn't mean he is quitting Apple. The Board of Directors has elected him to be the company's Chairman and has also put Tim Cook on the Board as well.

Here's what Art Levinson, Chairman of Genentech commented on behalf of Apple's Board:

Steve’s extraordinary vision and leadership saved Apple and guided it to its position as the world’s most innovative and valuable technology company. Steve has made countless contributions to Apple’s success, and he has attracted and inspired Apple’s immensely creative employees and world class executive team. In his new role as Chairman of the Board, Steve will continue to serve Apple with his unique insights, creativity and inspiration.

Although this comes a bit of a shock to all of us, it wasn't at all unexpected. Just a few months ago, right before the announcement of the iPad 2, Steve Jobs was on a medical leave for couple of weeks, but managed to get on stage for the iPad 2 event.

Currently, there's no official explanation for Steve Job's resignation, but in a short letter to the company's Board he makes it quite clear:

I have always said if there ever came a day when I could no longer meet my duties and expectations as Apple's chief executive, I would be the first to let you know.

Unfortunately, that day has come. I hereby resign as chief executive of Apple.

I believe Apple's brightest and most innovative days are ahead of it. And I look forward to watching and contributing to its success in a new role.

I have made some of the best friends of my life at Apple, and I thank you all for the many years of being able to work alongside you.

We will continue to follow the story as it develops.

Apple are knows as great innovators in the tech industry. Innovate can mean either renew or change. In this respect, Apple definitely has done so many times, and it is not surprising they are industry leaders, admired by many companies, even their ri...

A fair point that, if you read carefully, you will see that I acknowledged. I would, however, like to think that somebody else would have filled Apple's role had they not been there... there might have been a few differences and it may have happened ...

what im trying to say is that without Steve jobs and apple we wouldn't have these things with us..for eg without Steve jobs GUI would be sitting in xerox's office..without iPod and iTunes people would still use Walkman and disc-man..without the iPad ...