Stock Android might have a “Restart” option starting with Android 7.1

Now that the iPhone 7 madness has settled a bit, we have started to hear more and more about the upcoming Pixel phones which are officially going to be unveiled by Google on the October 4. The Pixel rumor mill has been turning at full speed lately and we’ve seen a bunch of leaks of the hardware already.

The newest leak comes to us from Android Police. Someone who claims to have the device shows a picture of the power menu which has always been very simple with Nexus devices, only offering the option to “Power off” the phone.

Although third party Android skins have had an option to restart for years, Google has been reluctant to add it to vanilla Android. If you want to have a “Restart” button to a Nexus device, the only way to do it is by rooting, until now. 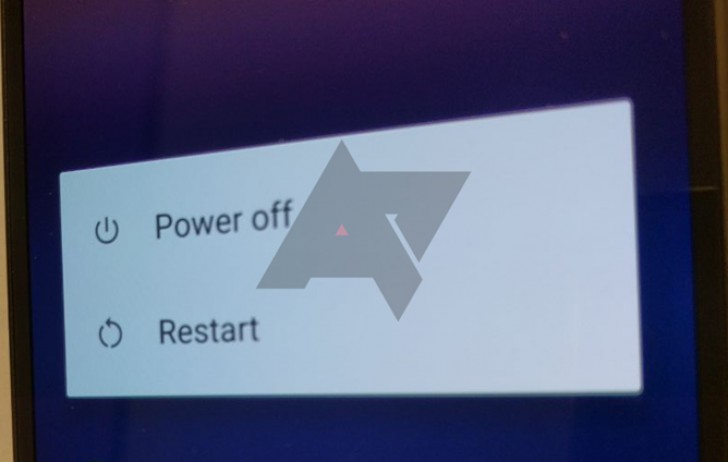 Take this with a grain of salt. It looks like whoever is using a Pixel phone is running a Beta version of 7.1 which is only available for developers. There are two possible outcomes: Either Google intends to add the Restart option to all phones on Android 7.1, or Google does not intend to add any such option to Android 7.1 and this is only used for the Beta software.

The Pixel and Pixel XL smartphones are to replace the Nexus lineup and supposed to be priced to directly compete against the iPhone 7 starting at $649 in the US.

In realme 2 phone there is no restart option....how to get it or is there any way to restart the phone?

yeah - i do this to restart too anyway.