Symbian 3.2 and 5.0 get a browser and navigation update 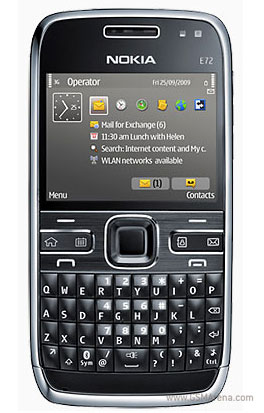 Nowadays taking care of its latest smartphones is mandatory for every manufacturer with any kind of long term ambitions. However releasing an update for three-year old smartphones, ranging from entry level phones to former high-enders, and showing their owners that they aren't forgotten should certainly earn Nokia some bonus points.

The Finnish company just announced through their blog that they will be releasing an update for their Symbian 3.2 and 5.0 platforms. There's a whole bunch of handsets running those - check out the lengthy list:

The update will bring the new Nokia browser v7.3 to the aging phones, which should significantly improve their browsing experience. This is the same browser that owners of newer Symbian phones will get when the Anna update is released. The benefits of the new browser include improved performance, support for International Domain Names (IDNs) and also supports non-ASCII letters such as Arabic or Chinese.

The other major feature of the firmware update is the updated Ovi Maps app. The software offering free voice-guided navigation will go to version Ovi Maps 3 SR4 on Symbian 3.2 devices, bringing indoor positioning through WiFi, as well as travel and recommendation services such as those through Lonely Planet. Those with Symbian 5.0 devices will get Ovi Maps 3 SR6, adding public transport lines and check-in services to social networking sites.

The final good bit about this update is the addition of a set of emoticons to the listed devices, which can be used when sending MMS.

Nokia C6-00 and Nokia 5230 are already eligible for the update, while the rest of the smartphones will get it in the next few weeks. So make sure you have the software update autocheck switched on in your phone.