Symbian Carla and Donna to come next, but not for everyone

At the Developer Day in Mexico, Nokia shed some light on the next two Symbian versions - Carla and Donna plus further information on the Symbian Belle update rollout.

Symbian Carla is intended for smartphones with a 1GHz processor or higher and will be released in late 2012 or early 2013. It is going to offer a new web browser, new widgets, lots of new NFC capabilities and Dolby Surround audio enhancement. The processor minimum requirement means all the Symbian^3 and Symbian Anna handsets (N8, C6-01, C7, E7, E6, X7-00) are not going to get this version 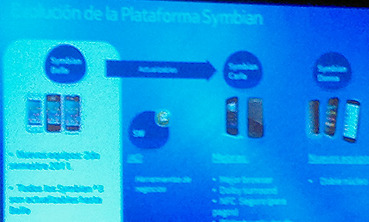 Symbian Donna will be exclusive to dual-core processors, but at the current release intervals, most probably we won't see it before the end of 2013 or the early 2014. We wonder how many cores the mobile processors will offer by then, but now we know Nokia's Symbian smartphones three years from now will have two cores. Well, this is just not right, but Nokia has always been good at optimizing the Symbian OS for far less capable hardware as the competition is using.

As far as the current Symbian Belle is concerned - Nokia X7-00, E6 and 500 are going to get the update until the end of this year, while the Symbian^3 (already updated to Anna) devices will receive it in Q1 2012. It seems Belle will be the last update for the Symbian^3 and Anna generation.

Nokia plans to abandon Symbian in 2016, so we guess there won’t be much left to see after the E(ve?) version. But the platform has at least four years to live, the new handsets and Symbian versions all have warm reception, so who knows how the things will turn out in the future.

what this is available for 808 pureview