5. What didn't make it, conclusion

We feel listing some of the tablets that didn't make it on the previous pages is just as important as the stuff we did covered. Not so much as a way for us to rationalize our choice of not including this or that device but to see just how the market has changed in the months since our last guide.

The main absence in the last edition was the Google Nexus 7 (2013) which was simply too expensive to consider. This time it was the top choice in the compact category. However, we had to say no to a seasoned participant in these buying guides, the Samsung Galaxy Tab Pro 8.4. Time and again we've chosen it over the Galaxy Tab S 8.4 and many of its competitors but this time it was simply outclassed by much cheaper competition like the Lenovo Tab S8 and the Asus Zenpad S 8.0.

The Samsung Galaxy Tab Pro 8.4 is still a great buy but there are close competitors for much less or better options for a bit more.

Next on the list of dropouts is the Amazon Kindle Fire HDX 8.9. It's great at what it does - an all access pass to Amazon in its content. But as its price hasn't moved an inch while the competition has, we can't recommend it in our list of mid-sized tablets.

It costs as much if not more than a Google Nexus 9, a Sony Xperia Z3 Tablet Compact and an Apple iPad mini 3 (and is much more expensive than the iPad mini 2). If Amazon is what you live for then the Kindle Fire HDX 8.9 is good though not as reasonable buy as it used to be.

If we were you, we would wait another couple of months as Amazon will probably refresh the whole lineup this September.

Ah, the Apple iPad mini 3 - we really have an issue with this...

If only Apple had given the iPad mini 3 the A8X chipset of the iPad Air 2 (like it did with the iPad mini 2 and iPad Air) we would've included the iPad mini 3 in a prime spot in the mid-sized tablet's table. All Apple did was paint the iPad mini 3 gold, give it a TouchID home button, added a digit to its name and €100 to its price. That doesn't quite qualify as a reasonable buy but wait until this fall when Apple usually refreshes the lineup and you might get a nicer deal. 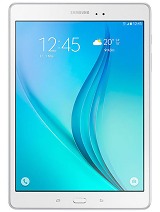 The Apple iPad Air 2 could easily be considered the best tablet on the market. Its chipset is rivaled by none, even Nvidia's Kepler GPU inside the Nexus 9 couldn't match its graphics prowess and no tablet out there can match its app catalog.

It's just that the iPad Air still feels as great to use while it costs a good €100 less. We were this close to letting that slide but at the end of the day the choice is all yours.

Finally, there's the Sony Xperia Z4 Tablet - one of the best-looking tablets available and certainly, the absolute best waterproof tablet out there. We recently reviewed Sony's slate and were very happy with it. But as it's just starting its tenure, it still carries a huge price tag we can't justify.

But we sure hope to see the Xperia Z4 Tablet in our buyer's guide soon.

At the risk of upsetting many of our readers by leaving their favorites out, it is always up to you guys to decide where your money is best spent. Hope we helped by digging through hundreds upon hundreds of gadgets, prices and specs.

Summer is the waiting season of tech. There are hardly any big announcements, we've already seen everything that came early on and we are preparing for the fall releases. But that doesn't mean there are no great tablets to be had. If anything, the newer models' prices have mostly settled and some older ones are ripe for the taking. This fall we should see Apple, Google and Amazon refresh their tablet lineups so if you are in for one of these, it's best perhaps to wait a few months and get the newer models at the same price or the current models at reduced prices.

There will be great new hardware in the months ahead and the buyer guides will keep on coming. Who knows, maybe you'll be reading the next issue on a brand new tablet. Would be nice if it's one you spotted around here. Ultimately though, we hope it's one you enjoy.