Xiaomi has confirmed that the Redmi 3 smartphone will be launched next week - on Tuesday, January 12. The confirmation came in the form of a teaser the China-based company posted on its official Weibo account. 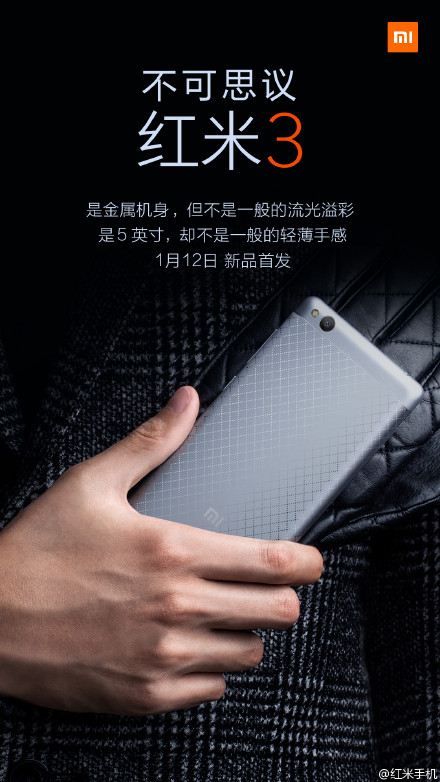 The teaser also revealed that the device sports a 5-inch display, as well as features an all metal body with a unique plaid design on the back.

As for the remaining specs, there's no official word yet. However, a Xiaomi device alleged to be the Redmi 3 recently passed through TENAA. The device's TENAA listing revealed that it is powered by an octa-core 1.5GHz CPU, and sports a 5-inch (1280 × 720 pixel resolution) TFT display.

When Redmi 3 launch in India.Im waiting for long time please release this phone as soon as possible.