The Honor 5A, which (along with its Plus variant) was spotted on the website of China's telecom regulatory authority TENAA late last month, is all set to be made official later this week - June 12 to be precise. This was revealed by a new teaser that Huawei posted on Weibo. 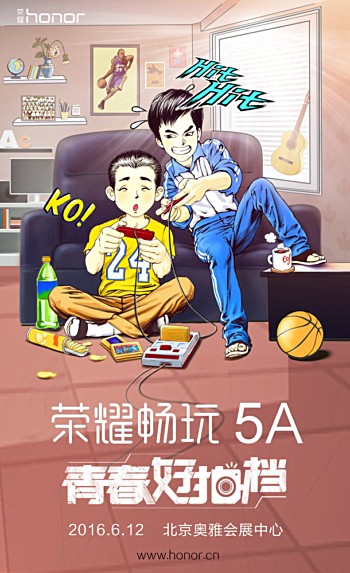 The teaser, however, doesn't explicitly say whether the Honor 5A Plus would also be made official on the same day, although ideally that should be the case.

The Honor 5A Plus, on the other hand, is powered by an octa-core 1.8GHz processor, and sports a 5.5-inch HD display. While memory configuration and the main camera remains the same, the front shooter is of 8MP. A 3,000mAh battery is there to keep the lights on.