The OnePlus 3 - third installment of the self-proclaimed "flagship killer" is now close to an official release. Even if the suggested June 14 unveiling doesn't doesn't take place, one is imminent, considering OnePlus's recent search for 30 early reviewers. Regardless of the exact date, the OnePlus 3 is coming, well, at least, its announcement is and thanks to numerous leaks and certifications from both TENAA and the FCC, we already have a pretty good idea what to expect. 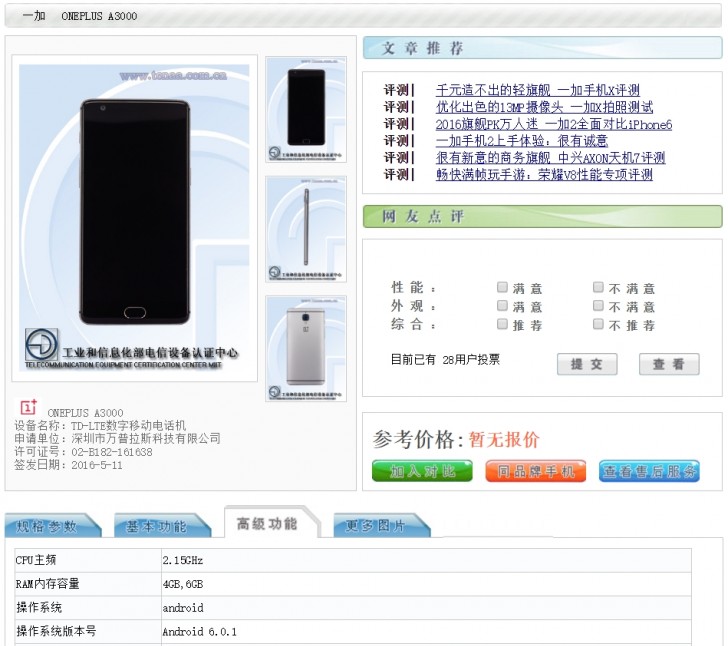 In a new development, fans might still be treated to a 6GB RAM option for the phone, as was originally believed back in April. The hope is rekindled by TENAA, which now lists both 4GB and 6GB under device memory options - great news indeed. However, one could logically assume that if a tier system is introduced for the OnePlus 3, it will feature storage variants as well and TENAA still only has 64GB on record. This means that we are probably looking at a 32GB, 4GB base model and a 64GB, 6GB premium one. There is also the possibility of shifting the scale up, which would result in an impressive 128GB of storage for the 6GB RAM model, but, we can only hope. 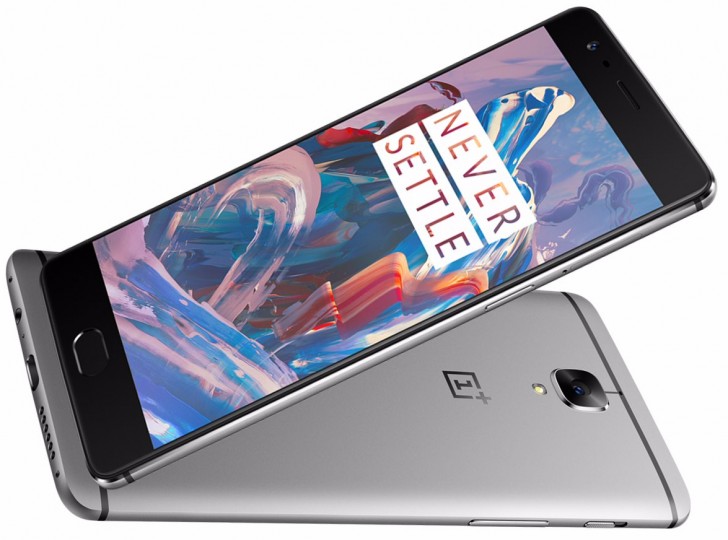 As for the rest of the specs on the OnePlus 3, it should have a 5.5-inch AMOLED display with a resolution of 1080 x 1920 pixels and a Qualcomm Snapdragon 820 SoC, clocked at 2.15GHz under the hood. For camera, there is a 16MP main shooter and an 8MP selfie one and we can also expect things like a 3000 mAh battery, LTE and a fingerprint reader to be part of the mix.

and what about the money they already spent on the 820 implementation? From a businesss model you have not got a clue.

OnePlus should postpone its release and make the phone powered by SD 823 SoC. Almost every company has the 820 as the heart in their flagships. If they want to stand out of the crowd they should consider it.