TCL seems to be keeping its efforts on the budget scene alive and well in 2017, now with the launch of a new "A" family of smartphones. The exact wording used to describe it is "a new premium range of affordable mobile devices" and while, we remain skeptical on the first point, competitive pricing seems almost guaranteed given Alcatel's recent track record. 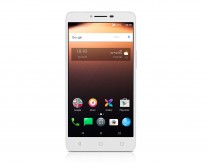 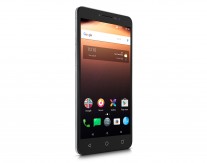 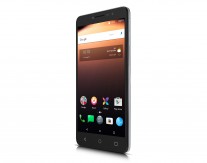 Kickstarting the new family is the Alcatel A3 XL. If we had to point out one definitive feature on it, it would definitely be the large 6-inch IPS LF panel. It is housed in what appears to be a plastic shell, measuring 165 x 82.5 x 7.9 mm.

Unsurprisingly, no premium materials are actually part of the mix. On a positive note, the body appears to be available in quite a few colorful shades on the frame and textures on the back.

Back to the question of specs, the aforementioned display only has HD resolution at its disposal, so sharpness might not be great.

Under the hood, there is a MediaTek MT8735B quad-core chipset, clocked at only 1.1 GHz. Power is definitely not a priority, since it is backed by only 1GB of RAM and 8GB of on-board storage. At least, there is a microSD card slot for up to 32GB extra. But, with this specs sheet, we can only expect TCL will be virtually giving the A3 XL away.

The camera setup matches everything else and includes an 8MP main shooter, with a single LED flash. It is only capable of video capture in 720p at 30 fps. The same goes for the 5MP selfie shooter. Other notable features include Wi-Fi n, GPS, Bluetooth 4.2, OTG supports and a good set of sensors (G-sensor, Proximity, Light Sensor, Arkamys).

Interestingly enough, there is a fingerprint reader thrown in the mix as well, which TCL is marketing for its security benefits.

All this hardware is powered by a 3000 mAh battery and surprisingly is said to boot Android Nougat. The Alcatel A3 XL is set to arrive in Q1 2017 on the Asia Pacific, Middle East, Africa and Latin America markets. Europe will likely follow in Q2.

Gulp... that spec..give me cancer.