For all its wonderful properties carbon fiber has one big downside when used in smartphones – it blocks radio waves, which is why we only see it used sparingly. The Carbon Mobile team in Germany spent years working on the issue and they have cracked it.

The Carbon 1 MK II is the word’s first smartphone with a carbon fiber monocoque (this means that the external shell provides the structural integrity, there are no internal supports). This has made the phone very light (125g) and thin (6.3 mm).

The key is the proprietary HyRECM technology – Hybrid Radio Enabled Composite Material – which was developed over four years. It combines high quality carbon fibers sourced from Germany with a composite material that allows radio waves to pass through.

Back in 2017 it took 3 hours to create a shell, now that the process has been optimized and it only takes 30 minutes. Even after this 6x speed up the process still involves an experienced engineer hand-cutting material and overseeing the molding process. 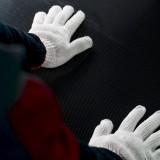 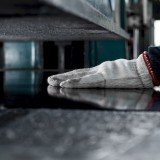 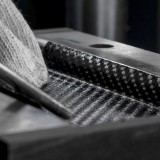 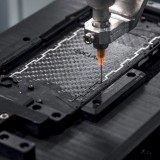 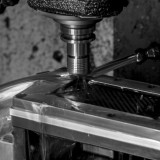 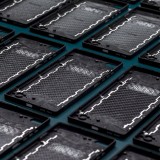 Since the monocoque design has no internal frame all components are attached to the carbon fiber itself. Plastic makes up less than 5% of the materials used in the phone’s construction. Also, every Carbon Mobile phone can be disassembled and converted to raw materials.

The phone will launch with Android 10, but the 11 update is coming in the second quarter. Carbon Mobile is promising 2 years of software updates and monthly security patches.

The rear camera setup features two 16MP sensors (S5K3P9), it seems that both have the same focal length (and same f/2.0 aperture). The selfie camera – mounted in a classic bezel above the display – has a 20MP sensor instead (S5K3T2).

This is a 4G dual SIM phone. Additional connectivity includes Wi-Fi 5, Bluetooth 5.0 with aptX HD, NFC, GPS/GLONASS/Galileo and a USB-C 3.1 port. There’s no 3.5 mm headphone jack, but there is NFC. Also, there’s a fingerprint reader mounted on the side.

The Carbon 1 MK II can be pre-ordered online today from the official site, shipping will start later this month. The phone will appear in brick and mortar stores in Germany in a couple of weeks if you want to see it in person. 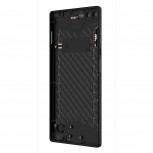 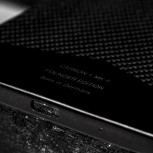 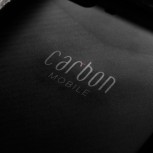 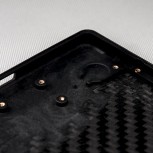 A closer look at the carbon fiber monocoque

And now for the price – there’s no way around it, the MK II is pricey at €800. That said, it is one of the few small and light phones around and its carbon fiber monocoque is one of a kind.

Note: in case it wasn't clear, this company is unrelated to Karbonn Mobile.

I was very excited to find something like Carbon, I liked the concept so much that I even wanted to become a local reseller. Sadly I didn't know that I am dealing with a very irresponsible company. After lots of trials I could finally speak to...

Since this phone was made entirely out of carbon fibre, I wonder if it is possible to have wireless charging support with a carbon fibre back panel. I deeply aware that phones with glass and aluminium back panel have no problem providing wireless cha...