The Samsung Galaxy S4 just got unveiled in New York's Radio City Music Hall and all over the world via YouTube. And if things weren't global enough we've got the availability details. 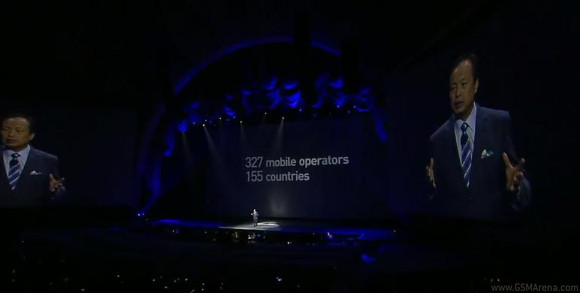 Few companies can do it like Samsung, which definitely possesses the capacity. The latest Samsung flagship will launch at the end of April and go on to hit 327 carriers in 155 countries.

iphone & Blackberry not challenger anymore..pls read their spec it's too far behind.The most important Samsung technologies beyond the future.Apple & Blackberry can't do this improvement even 5 years later.

i think this is the most powerfull smarphone on the planet right now. i really dont see how other manufacturers can compete with that right now.