Pre-order the US Samsung Galaxy S III on June 6, get it on June 21

The Samsung Galaxy S III will hit the shelves in the US around June 21 but the carriers will start accepting pre-orders this Wednesday, June 6. 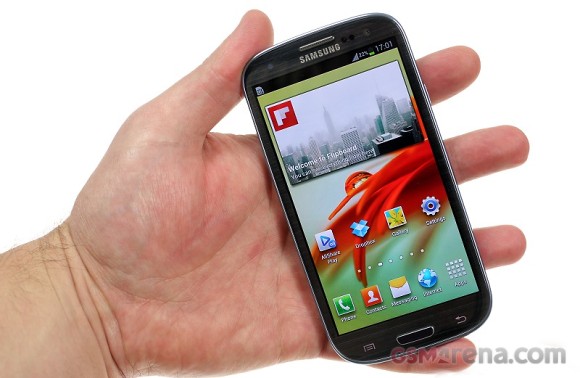 US Cellular will have the Galaxy S III on pre-order from June 12. Both the 16 GB and 32 GB variants will be offered, the 16 GB in both blue and white, while the 32 gig version will only be available in white.

T-Mobile pricing and pre-orders are not yet clear, but the carrier has a page up for registering your interest and confirms that it will launch on June 21.

As you know the US version of the Galaxy S III will be powered by the dual-core S4 chipset and will sport LTE connectivity.

If the phone is designed, developed, and made not in the US then why would the us get it first? And yes you get dual core instead, but it's a comparable dual core. It's so the phone can operate the higher speed LTE. the 41mbps speeds. Also in trade y...

And it still has too much RAM, lol

:D Well iPhone lovers from the US always say why do you need so many cores or so much RAM? Well there you go, now you have it a dual core, lol! Naaaah, but seriously, that's a bit strange though from my view, but I believe it's for those iPhone lover...