A new gaming PC is coming through a new crowd-funded campaign. At $799, the GPD Win 3 is a portable gaming PC running Windows 10 with a game pad integrated into the hardware. Under the 5.5-inch 720p screen is a keyboard that’s revealed when the screen slides up. There is also a fully integrated gamepad with two joysticks, four triggers, a directional pad, and four action buttons. 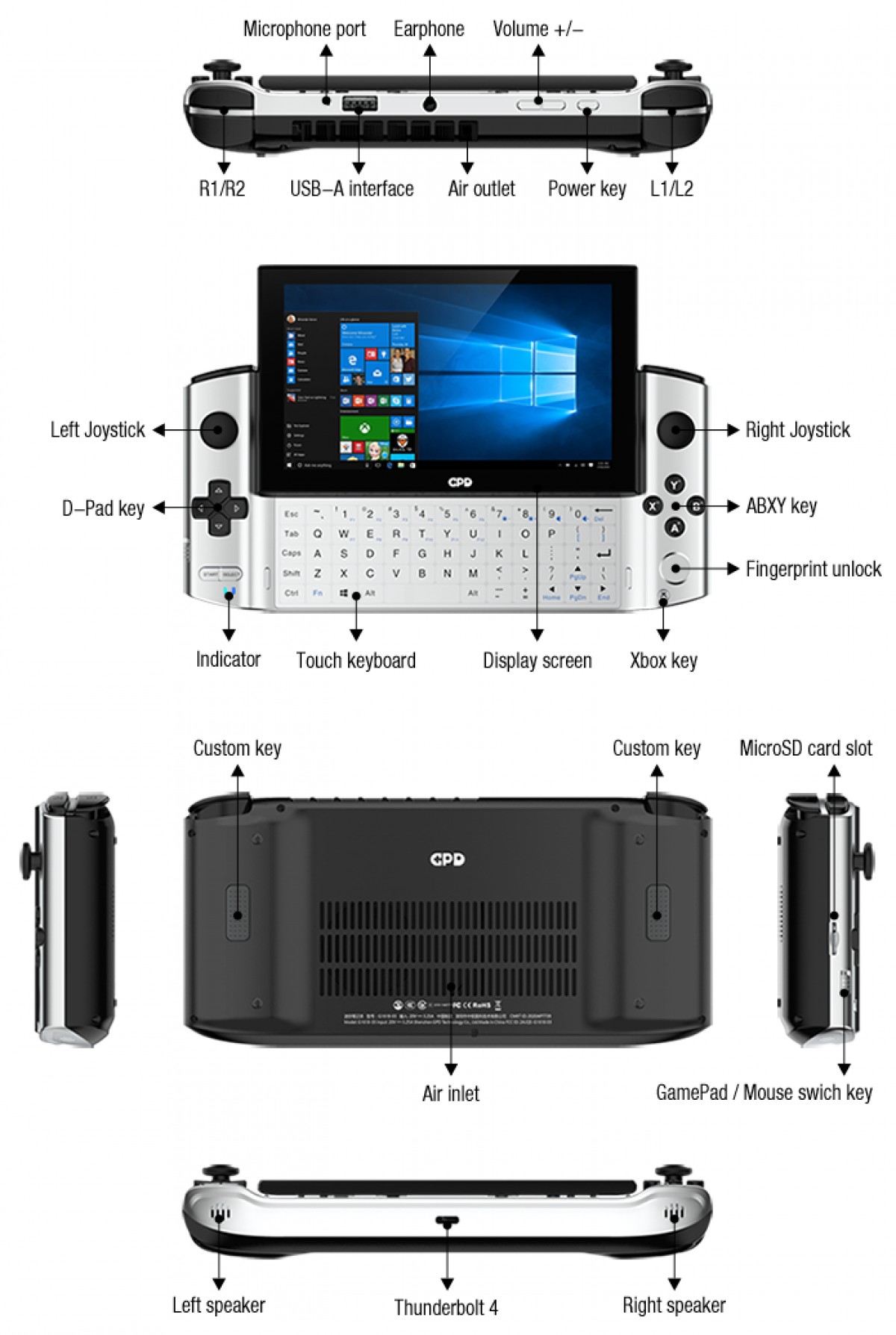 It has intake air vents on the rear, and an exhaust vent on the top. There’s also a USB-A port, power key, headphone jack, and built-in microphone. The bottom is where you’ll find the loudspeakers and a USB-C Thunderbolt 4.0 port. Finally, there are two customizable buttons on the rear side of the controller grips, which also contain rumble feedback.

The hardware’s design seems to borrow inspiration from the Sony Vaio VGN-UX series. I’m talking about a Vaio-branded handheld PC that Sony released to the market in 2006 – a year before the very first iPhone. It had every feature you could think of including a cellular modem for internet on the go. The Sony VGN series cost around $2000, ran Windows XP, and was painfully slow. 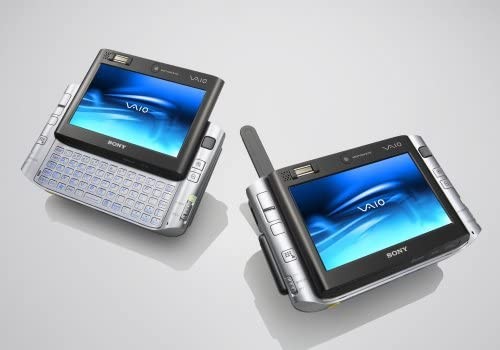 The Win 3 will be powered by a 65W Power Delivery charger. Battery life is expected to last between 2 to 3 hours when playing heavy games, or between 6 to 8 hours with moderate use, or 11 hours with light use. 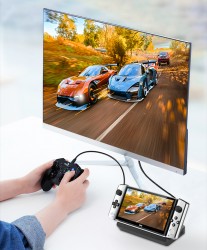 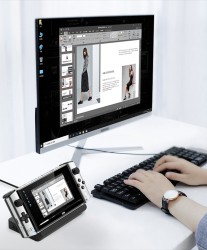 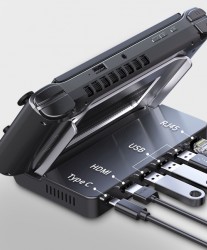 GPD Win 3 and its dock

Games can be played on the 720p screen in handheld mode, or the device can be docked to support a host of I/O connections. The dock will offer support for an external display via HDMI 2.0b, 1Gbps Ethernet, USB-C X1, USB-A X3.

With the integrated Intel Iris Xe graphics processor, gamers can expect the latest triple-A games to run at 60fps – the same refresh rate that the display will cap at. Remember, this display is a 720p panel, so even more demanding games will be easier to run with an integrated graphics setup.

The concept is interesting, and the price seems reasonable, but given the product is crowd-funded on Indiegogo, it will be interesting to see how well the final product will be executed. Check out the source link for the full specifications and benchmark tests run with the Win 3.

They called it a gaming PC.

While I definitely agree with you pricewise, expandability for GPD Win 3 is better than the Aya Neo due to Thunderbolt 4 support. GPD also has more experience UMPC-wise, so they kind of have a more established brand name. Still, comparing to oth...