The HiSense King Kong 6 splits a 10,010mAh battery between the phone and its case

You may think “TVs” when you hear HiSenes, but the company also makes phones – its King Kong series focuses on affordable handsets with long battery life. The latest model was teased today, it uses the same trick as its predecessor to hit over 10,000mAh total capacity.

The HiSense King Kong 6 has a 5,510mAh battery built in and comes with a bespoke battery case that adds another 4,500mAh, which brings us to the advertised capacity of 10,010mAh. The case uses pogo pins on the back of the phone to supply power. 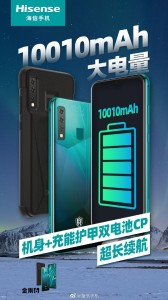 The phone has a 6.52” screen with 720p+ resolution. The chipset is unclear, but there will be two versions – one with 4GB of RAM and 128GB storage and another that ups the RAM to 6GB.

On the rear, there’s a triple camera with 13 + 2 + 2MP sensors (the use of the two small sensors is unknown). Also here is the capacitive fingerprint reader. On the front is an 8MP selfie camera placed inside a teardrop notch.

Pricing and availability (plus the remaining specs) for the HiSense King Kong 6 will be officially revealed soon. 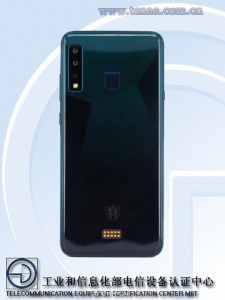 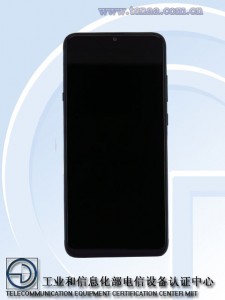 TENAA does show a bit more info. The phone measures 9.47mm thick and weighs 205g (without the case). It will run Android 9 Pie at launch and there may be two more versions (with 64GB and 256GB storage).

This is mid-range it has a Helio P60 which makes its performance on par with a Samsung A50...

They should rename themselves to a more fitting "NoSense". Putting such big batteries in low-end phones with garbage hardware is the dumbest idea ever. Putting such huge batteries on mid-end or even high-end phones would really make sense, but cert...

Does it power the phone directly or does it charge the internal battery like battery packs?