The Honor V10 will debut on November 28

Huawei's sub-brand Honor will announce its V10 flagship on November 28 in China, as per an official teaser on Honor's Weibo account. 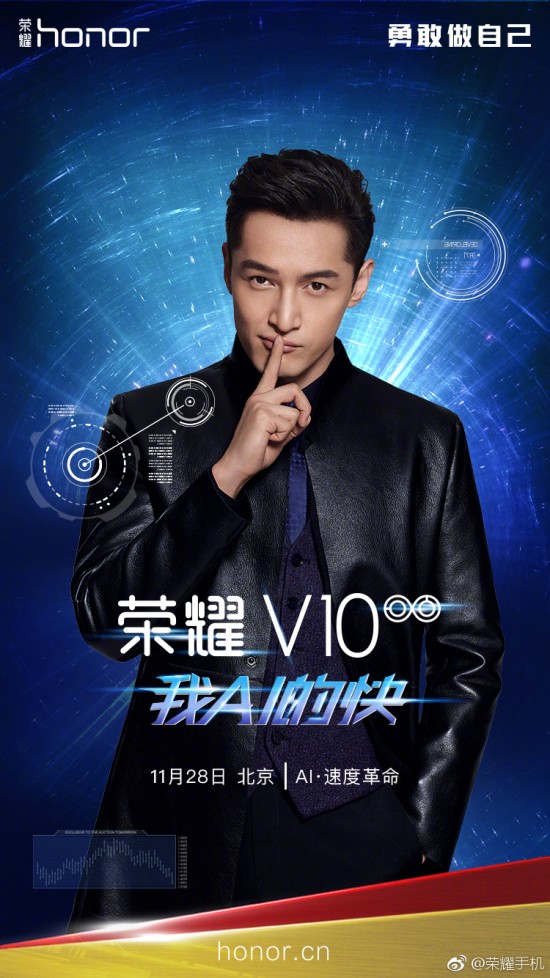 Honor CEO has confirmed that the V10 will use the same Android 8.0 Oreo-based Huawei EMUI 8.0 as the Mate 10 family. The Honor flagship will also get to share the 4,000mAh fast charging battery.

After its announcement in China, the Honor V10 will make its European debut at an December 5 event in London.

I swear we will I mean Huawei lovers will buy this phone plentiful like food. I wish this phone can get to my country before Christmas, this phone would have been my Christmas presents. !!! Oh let it be so for me.

Only thing if these guys figure out a standard naming convention for their phone.. its so absurd to see same phone having different names in different markets.