Honor V9 coming to Europe as the Honor 8 Pro

First, a quick note to Huawei - please, oh please stop the naming madness. We definitely don't want any more of the Huawei P8 Lite (2017)/P9 Lite (2017)/Honor 8 Lite/nova lite mess. And we are only taking the time to say this, since the Honor V9 appears to be headed to Europe, under a new name - Honor 8 Pro.

The Chinese manufacturer has been sending out invites for an April 5 event. While the Honor flagship is not explicitly mentioned, we have heard rumors of a EU release before, so, it is only logical to assume so. And besides the confusing name change, there is actually a lot to like about the handset.

Honor V9 (also to be known as Honor 8 Pro?) going international on April 5th 2017 - in gold, blue and black. This just went out to journos. pic.twitter.com/ys9wgqx9E6

We don't typically see many high-end offers from the online-sales, value-first Honor division, but the V9 is definitely an exception. It comes with a 5.7-inch, QHD LCD panel, which puts it squarely between the bigger, but lower-res Huawei Mate 9 and the smaller Mate 9 Pro.

Inside, it is a true powerhouse, equipped with a Kirin 960 chipset, 6GB of RAM and either 64 or 128GB of expandable storage, depending on which version you buy. Like many of its Huawei siblings, the V9 also sports a dual camera setup - 12 MP + 12 MP f/2.2 cameras on the back (one sensor is monochrome ) with laser autofocus, LED flash, and 4K video capture. The Leica branding is missing, but it is still a decent setup. 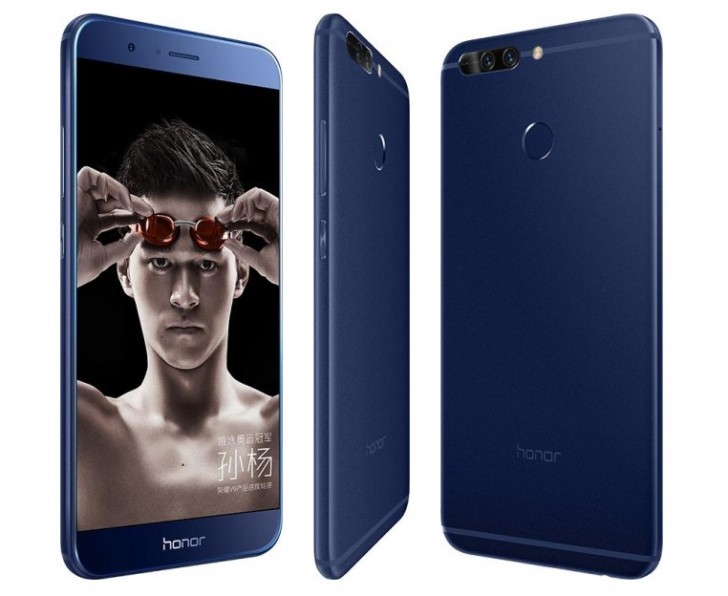 RRP in Europe will be set at 549EUR...too expensive!

No. Its the same phone with multiple names in different countries. Huawei had gone mad. Too many ideas.

Great phone! I really liked it. It has great specifications and the price is incredible, in China, that is. If they make the price the same or almost the same in other countries, it'll sell very well!