Last month we saw the Vivo X5 Max make the rounds through TENAA and now it seems that the official announcement is drawing close. The Chinese device is set to break the record for the world's thinnest smartphone at only 4.75mm and dethrone the current champion - Oppo R5. This seems a lot more likely than the previously rumored 3.75mm and is still technically smaller that the 4.85mm Oppo R5. 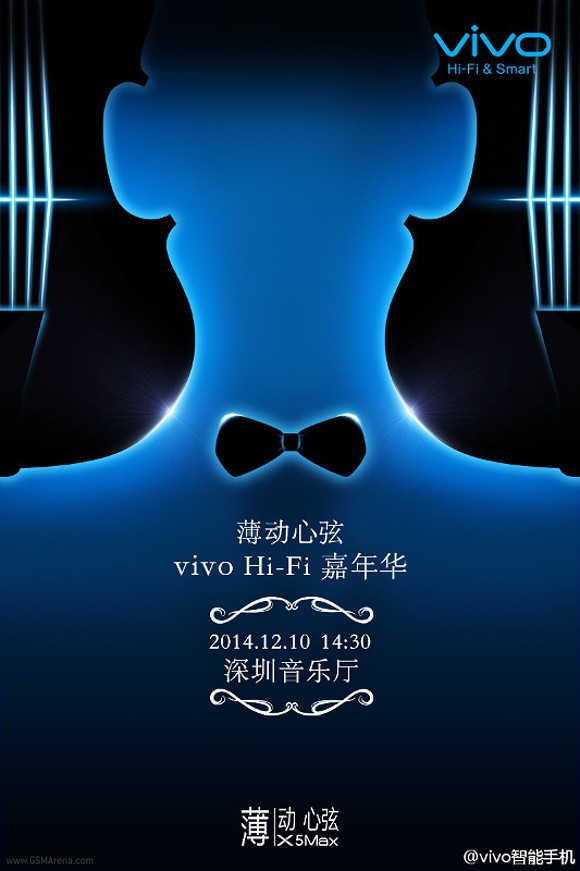 The TENAA certification that surfaced earlier gave away other Vivo X5 Max hardware bits. The handset measures 153.9 x 78 x 4.75mm with a weight of 146 grams. The screen is a 5.5" 1080p LCD and inside there is a 1.7 GHz octa-core CPU and 2GB of RAM. It will also feature two cameras - a 13MP on the back and 5MP front-facing one, LTE connectivity and will initially run Android 4.4.4 KitKat.

The Vivo X5 Max is most likely to debut in China with possible expansions to other markets soon to follow.

Praise them for what? Making a phone that's even more uncomfortable to hold than many already are? Who wants these ultra thin phones and why...?