Well, we had to look at a calendar to make sure it’s not April 1. The upcoming LG Nexus 4 was lost in a bar, just like the Apple iPhone 4 was. And this wasn’t a recent event (now that the Nexus successor was reviewed and put on pre-order), no this happened back in late September, when details of the device were much more scarce.

The phone was found in a San Francisco bar and the bartender that found it didn’t know what to make of it first. He showed it to a tech-savvy bar patron who instantly recognized the device. 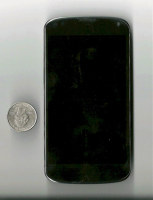 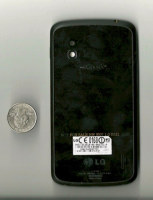 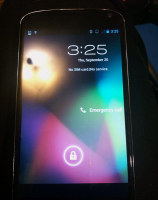 Unlike the iPhone story, the two decided to talk straight to Google to return the lost phone. Even so, they didn’t avoid the unpleasantness of dealing with a big company trying to protect its secrets.

You can read the whole story over at Wired who talked to the bartender. The story pretty quickly turns into something that could make a decent movie with an unrelated incident causing a riot an attack at a local police station as the Google security guy and a lawyer representing the bartender were inside.

As you know, there's a Google event this Monday and we'll be there. The LG Nexus 4 smartphone is expected to be officially announced, but also a 10" Nexus tablet by Samsung and updated Nexus 7 with 32GB storage and 3G.

its owner drunk. and lost the nexus

I think the 'lost in a bar' thing is now the new way for tech companies to build up hype surrounding a product launch. Good marketing stunt.