Later today the Google Pixel XL 2 will be officially unveiled. But you can enjoy an unofficial presentation of its specs right here. There are few surprises here, given what we’ve gleaned from leaks.

The new XL will have a 6” P-OLED screen (courtesy of LG). It’s an 18:9 screen with 1,440 x 2,880px resolution. Always On Display is not listed, but given that both the screen and Android 8.0 Oreo support it, we think it’s more than likely. By the way, the screen has 3D Arc Glass (Gorilla Glass 5 specifically).

The SIM situation has been cleared up – this is technically a dual SIM phone, with one nano-SIM slot and one permanent eSIM (embedded SIM). Both GSM and CDMA are supported, so presumably you’ll have your pick of carriers.

Unfortunately, the specs for the camera department have been cut in half. Only the selfie cam is listed – 8MP sensor with f/2.4 aperture, nothing new here. There’s nothing on the main camera (other rumors suggest 12MP with OIS).

The “Pixel Visual Core” caught our attention, though. Rumors suggest that Google has created a special chip to do image processing, going beyond the HDR+, which runs on Qualcomm’s IPS. 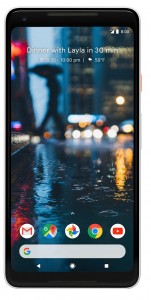 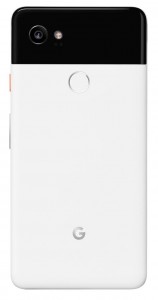 Speaking of, the phone will be powered by the Snapdragon 835 with 4GB of RAM and 64GB storage (there’s likely a 128GB version as well, a 256GB model seem less likely). Android 8.0 Oreo with Google Assistant will be available out of the box.

The body is built out of aluminum with a smaller glass window on the back. Dust and water resistance are still basic, there’s no IP rating. Inside is a 3,520mAh battery with no mention of wireless charging.

There’s something called “advanced x-axis haptics sensor” which sounds like the squeeze sensor from the HTC U11, rumored to be part of the new Pixels.

Looks pretty hard to swallow a $1300 price tag in Canada for these specs... Maybe the oneplus6 will be better