The Motorola Edge+ will be unveiled on April 22, waterfall display officially teased

The Motorola Edge+ will be officially unveiled on April 22 (Wednesday next week). How do we know? Moto’s teaser tweet promises a flagship and shows the nearly 90° curve of a waterfall display – just as we’ve seen in these renders (and more).

The Moto Edge should be at the event as well. It too has a waterfall display though it’s missing a flagship chipset – it’s reported to have a Snapdragon 765G instead of the Snapdragon 865 of the plus model. And yes, both will have 5G connectivity.

The Motorola Edge+ screen should measure 6.67” in diagonal and 1080p+ in resolution. Interestingly, this is set to be Moto’s first phone with a 90Hz screen. And Moto’s first 5G phone (mmWave included), unless you count the 5G MotoMod for the Z3.

Another first for the brand will be the 108MP main camera, part of a triple camera setup – 108+16+8MP (the 8MP module may be a telephoto cam). The vanilla Moto Edge will have a 64MP main cam instead, along with 16MP ultra wide and 8MP tele. 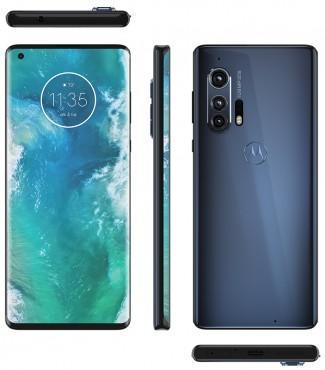 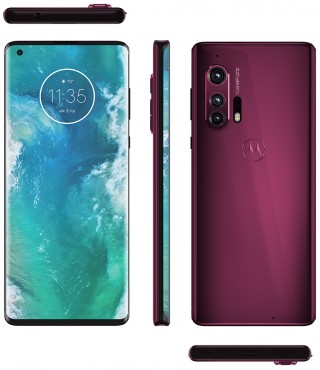 By the way, the “Edge” name will likely be exclusive to Verizon, on other carriers in other countries this may be sold under the Moto One brand (unless Motorola wants to resurrect the Z-series).

The 3.5mm jack is there on the top, FINALLY based on the renders. Seems that being the 1st brand to ditch the 3.5mm jack on their 2016 flagship didn't benefit everyone, eh?